TAMPA, Fla. - The Florida High School Athletic Association has made a major change to how football teams will compete for state titles this season. There will be three classifications – Metro, Suburban and Urban – based on the local population, not the number of students at the school.

It's a dramatic alteration that will benefit some while hurting others.

"Like nothing ever before," Hillsborough High School head football coach Earl Garcia told FOX 13 Sports of the changes.

The FHSAA has scraped its eight football classes in exchange for a new 10-division classification based on the population of the city instead of the number of students in a school.

"What that will do for Hillsborough County schools is that will basically change our districts, obviously," said Garcia. "Once we get to the playoffs, it will change where we are going." 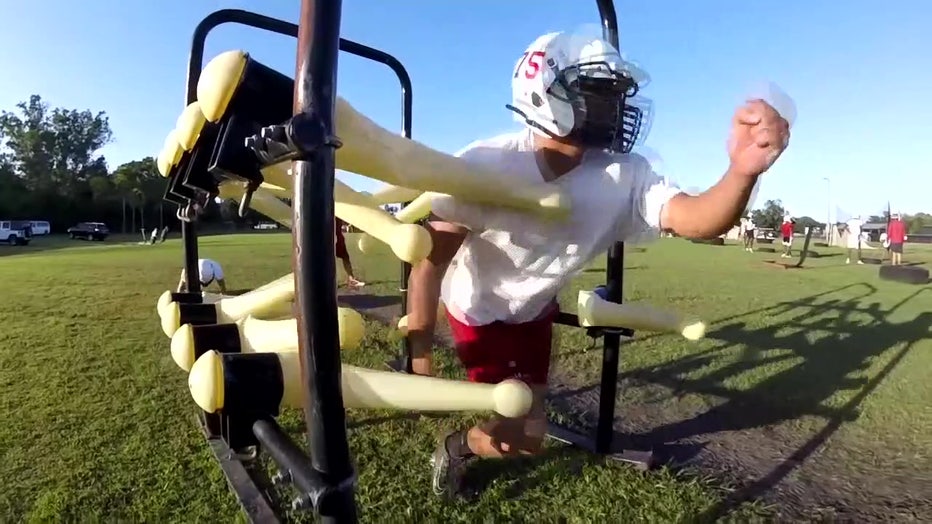 That means the first few rounds of the playoffs might not include games against local teams.

That would add to the cost to compete; farther travel would lead to more costs.

Garcia has been coaching high school football for nearly 50 years. He's concerned about how the new model is going to effect teams in the Tampa Bay area.

IMG baseball has two of the top draft prospects in the country.

Pinellas County has never had a team win a state championship in football. Now those schools with small student population, as well as other small high schools in the Bay Area, will have to compete with better programs, strictly based on the size of their metropolitan area.

Pinellas County is the most populous county in the state of Florida.

Bay Area athlete on mission to protect others from concussion

The FDA has approved a new device that may reduce the risk of concussion. And, a student athlete from our area has made it her mission to spread the word.

This new classification system is still going to leave schools like Hillsborough High School on the outside looking in, having to play some of the biggest powerhouse programs in the state.

Maybe the simpler solution is to divide the competition and et the private schools play against themselves and public schools compete against each other.

"Got my vote," said Garcia. "Chaminade-Madonna, those guys, you talk about a level playing field. Not a level playing field. Resources are completely different than at public schools. Five out of the seven state championships were private and the trend is going that way. The scholarship money that is available for middle school and 9th grade athletes is out there."

"I know it's out there. It's happening. You look at Jesuit. What a fabulous program they have. You look at Berekeley under Dom [Ciao]. CDS has been strong. Tampa Catholic has been strong. All things being equal, if you had a chance to attend one of those schools for free as a parent you are going to go that way. That's just the honest to goodness truth."

The radical change is supposed to bring balance to football teams around the state, but what it may end up doing is creating a bigger divide between the haves and have-nots.