TAMPA, Fla. - Jordan Young is one of Tampa Bay's top high school football cornerback recruits. For his senior year, Young has made the jump from Jesuit -- transferring to Gaither High to join the Bay Area's other top-ranked cornerback, Jordan Oladokun.

The pair is going to mean double trouble for the Cowboy's opponents.

"I've talked to a lot of the college football coaches and we think, in the nation, our guys are as good as anybody," Cowboys head coach Kirk Karsen told FOX 13 Sports. "I wouldn't want to want to throw on either one of them. So I'm thinking we're going to get a lot of teams wanting to run on us this year."

The two are teaming up for their senior seasons before heading off to college. Jordan Oladokun will be going to Iowa. Jordan Young has committed to the University of Florida Gators. Both agreed to announce their intent on Father's Day.

"We were talking and he was like, 'I feel confident with Florida,'" said Oladokun. "I was like, 'You might as well commit on Father's Day. It's a meaningful day.' We both love our fathers. We both have great fathers." 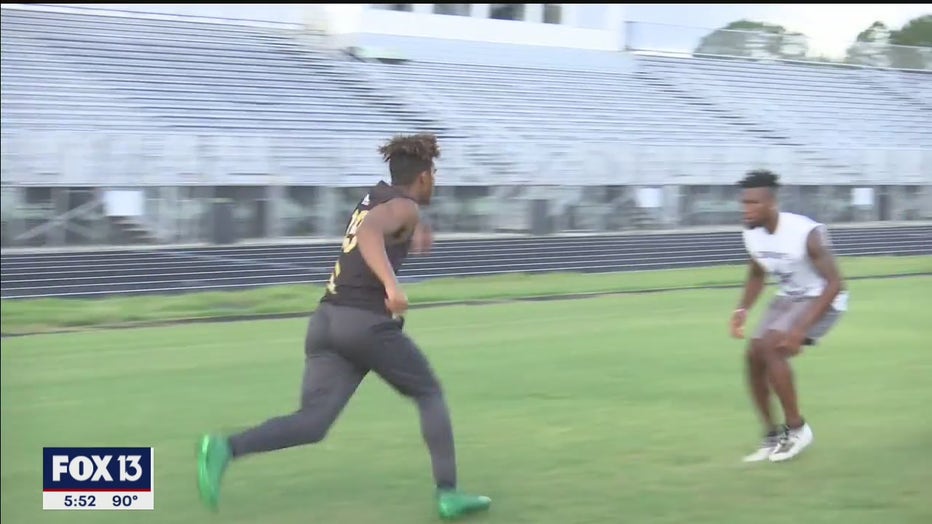 There are a lot of similarities between Oladokun and Young, starting with their first names. They both are D-I recruits, both play cornerback, both committed on the same day. They also are nearly the same size: 6 feet and 185 pounds.

So who's the better Jordan? Let's leave that to them to decide.

"We are both good Jordans," laughed Young. "I don't know how to put it. I'm not going to say I'm better or he's better. We are both dogs and we are going to show it on the field."

This talented tandem hopes ultimately to talk and play their way to a state title.