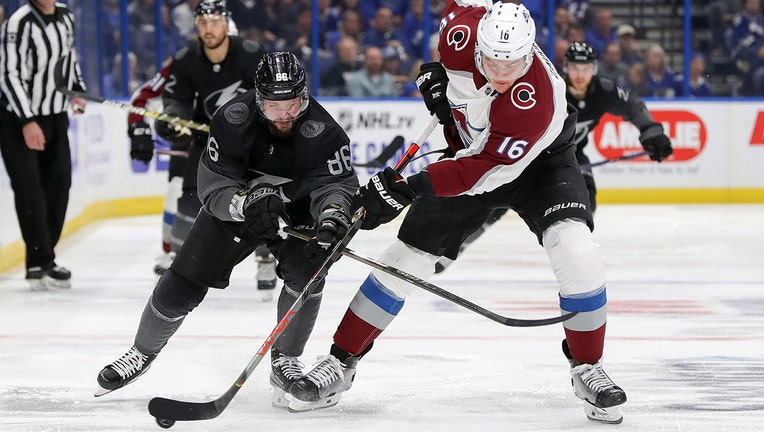 TAMPA, Fla. - Tyson Jost had three goals, Pavel Francouz made 44 saves, and the Colorado Avalanche beat the Tampa Bay Lightning 6-2 Saturday night to remain the only NHL team without a regulation loss this season.

Colorado's 7-0-1 start is the second-longest season opening point streak in franchise history, behind only the 9-0-2 start in 2000-01.

Jost opened the scoring 3:09 into the game and completed his first career hat trick with a pair of goals coming 2:49 apart early in the second period.

The 29-year-old Francouz followed up his first career start and win Oct. 12 against Arizona with a number of nifty saves, including a post-to-post pad stop in the first on Ondrej Palat.

Yanni Gourde and Victor Hedman scored for the Lightning, who returned home after a 3-2-1 road trip. Andrei Vasilevskiy stopped 17 shots.

Kadri, Rantanen, who deked out two defenders, and Hedman had third-period goals.

Tampa Bay's Nikita Kucherov sent a penalty-shot backhander in the third over the net.

NOTES: Referee Kelly Sutherland left early in the first period with an undisclosed injury and did not return. Colorado D Cale Makar lost his balance skating through the low slot during an in-close scoring chance and collided with Sutherland in the corner. ... Avalanche C Nathan MacKinnon assisted on Landeskog's goal and has a point in all eight games this season.