TAMPA, Fla. - Nikita Kucherov was the first to hit the ice at Amalie Arena as the Lightning opened up their playoff training camp.

The Bolts are working with a group of 33 players that are split up in two practice sessions. The team will work out in Tampa for the next two weeks before leaving for the NHL's hub in Toronto.

This is the first time that Lightning head coach Jon Cooper has been allowed on the ice with his team in nearly four months.

“I was really excited to be back and I felt that from the guys as well,” Cooper told the media during a Zoom conference call. 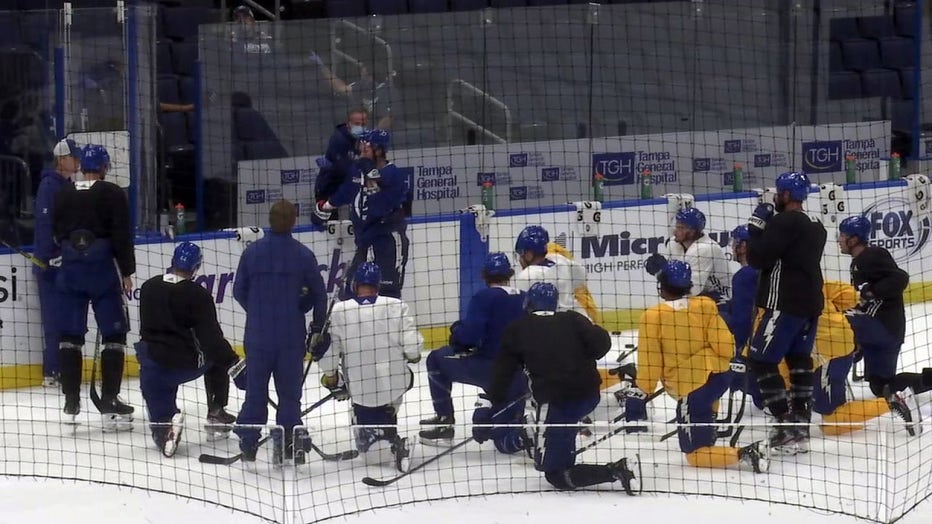 The Lightning were in playoff mode when the league shut down in March. With so much time off, what level of play can be expected when the NHL resumes in August? How long will it take teams to reach playoff caliber hockey?

"That's a good question,” said Lightning right winger Alex Killorn. "I think it might take a while. Honestly, I think [by] conference finals we may start seeing it."

If the Lightning are going to be raising the Stanley Cup at the end of the playoffs, that will mean two months of quarantine in Canada. The finals are scheduled for the first week in October. That will mean a strong commitment from the whole team, especially for players with families.

"You're going to have to be mentally strong to succeed,” said Lightning right winger Tyler Johnson. "We are going to have to find different ways and avenues to keep us all sane a little bit, being stuck in a hotel and everything." 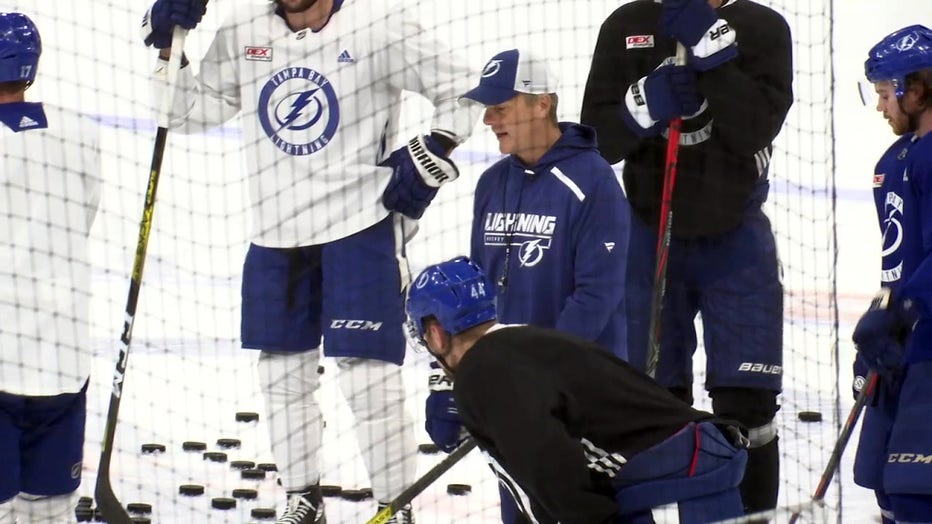 For head coach Jon Cooper, he sees many challenges in preparing his Lightning for this unprecedented postseason.

"Challenges, there are a laundry list of them,” said Cooper. "We're going to play games without fans. We are going to a restricted area where we aren't going to have a lot of outside contact with other people. There's not going to be the norm of being able to go out to the restaurant of your choice. There's daily testing. I could be here all day listing challenges. And those are challenges you've never had to experience before."