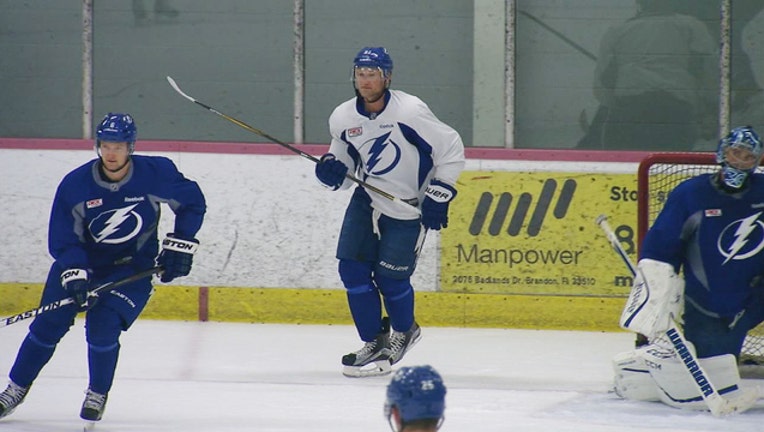 TAMPA (FOX 13) - The Bolts are back! Three months and a couple of days after they fell to the Chicago Blackhawks in the Stanley Cup Final, the Lightning have checked in for the 2015-2016 season.

Prospects have been in town for a week already, but Friday, the whole team will be on the ice.

To celebrate the start of the season, the Lightning are hosting a three-day Fan Fest.

Here’s a look at the events scheduled for Lightning Launch Weekend:

There will also be live painting by Pep Rally, Inc.

-Saturday: Lighting Strikes takes over Clearwater Beach south of Pier 60 between 11 a.m. and 3 p.m. The community and street hockey event will feature Lightning alumni, the Rolling Thunder fan truck and street hockey for those in attendance. It will also feature appearances by the Lightning Girls, Bolt Brigade and ThunderBug.

-Sunday:
The doors open at Amalie Arena at 11 a.m. for a day of team scrimmages, player autograph sessions and selfie stations, food trucks, the high school hockey shootout, the Prince of Wales Trophy and more.

The season begins October 8th at Amalie Arena against the Philadelphia Flyers.