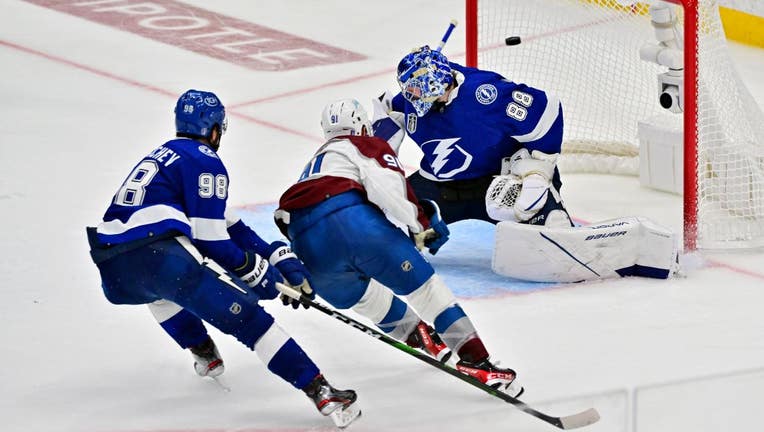 TAMPA, FLORIDA - JUNE 22: Nazem Kadri #91 of the Colorado Avalanche scores a goal against Andrei Vasilevskiy #88 of the Tampa Bay Lightning to win 3-2 in overtime in Game Four of the 2022 NHL Stanley Cup Final at Amalie Arena on June 22, 2022 in Tamp

TAMPA, Fla. - Last night’s game four loss in the Stanley Cup Final to Colorado was the definition of heartbreaking for the Tampa Bay Lightning.

"There's no other way to put it," said defenseman Ryan McDonagh.

Twice with the lead last night, the Lightning couldn't hang on suffering the 3-2 overtime loss, their third loss of the Stanley Cup Final.

The loss is made all the more painful by the fact that Colorado had six skaters on the ice at the start of the play which led to Nazem Kadri's game-winner.

"Nothing we can do to turn it back. They missed it. It's unfortunate," said head coach Jon Cooper.

Today, however, Cooper explained that the non-call was water under the bridge. 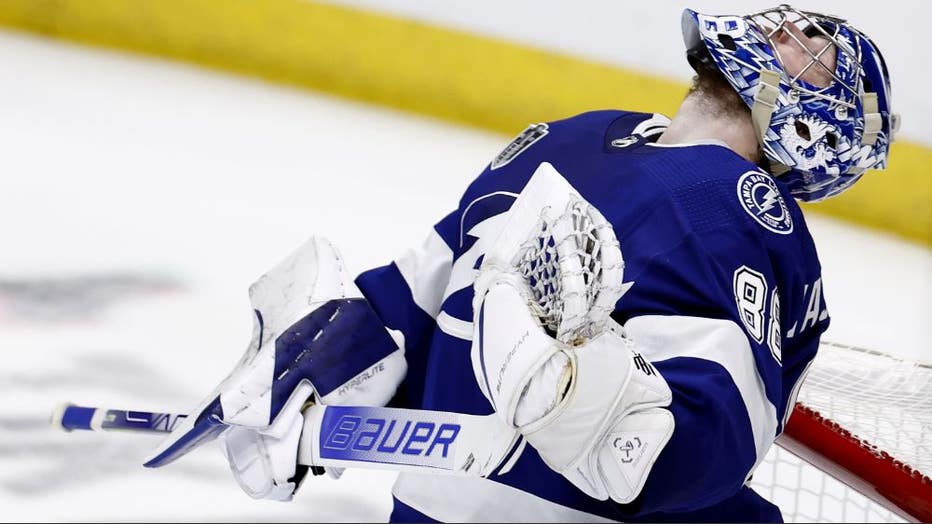 TAMPA, FLORIDA - JUNE 22: Andrei Vasilevskiy #88 of the Tampa Bay Lightning reacts during the third period against the Colorado Avalanche in Game Four of the 2022 NHL Stanley Cup Final at Amalie Arena on June 22, 2022 in Tampa, Florida. (Photo by Dou

"Turn the page, move on and let's go," Cooper said.  "So the mountain is a little bit higher, at least we're still climbing. We're not out."

Now, the Lightning head to Denver facing elimination Friday night needing three wins in a row to lift the Stanley Cup for a third straight year.

"Just focus on the game," said Maroon. "We have to go win a [expletive] game right now. Sorry for my language."

Puck drop for game five between the Bolts and Avs is set for 8:00 p.m. Friday in Denver.

Should the Lightning win, they will force a game six back at Amalie Arena on Sunday.