California's governor has officially declared a state of emergency as wildfires continue to rage from Los Angeles to San Francisco. So far, the wildfires have burned more than 170,000 acres of land. More than 200,000 people are in the process of evacuating their homes following orders from the state to leave.

"All agencies are utilizing a lot of resources for the high winds downed power lines. A lot of fire agencies have come together they're working together," a California Highway Patrol spokesperson said.

Saturday, crews with Florida Power and Light loaded up a plane with supplies and took off for Sacramento to help restore power to the roughly 1 million people who are currently without it.

So far, Pacific Gas and Electric has cut power to roughly 940,000 homes after winds gusts topped more than 100 mph. The forced blackout is a precautionary measure to prevent catastrophic fires like last year's Camp Fire that wiped out the town of Paradise. Investigators later determined the fire was caused by a PG&E electric transmission line. 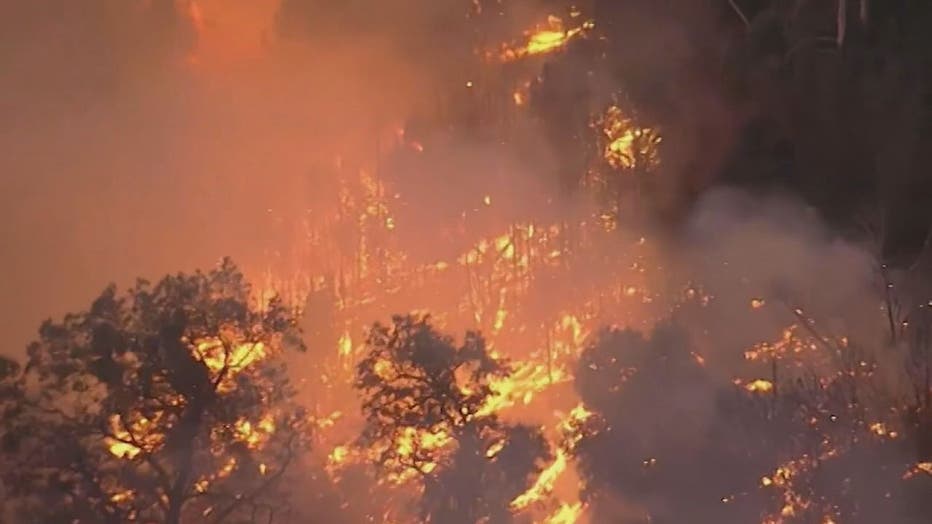 Currently, firefighters are battling five active wildfires; three near Los Angeles, one in San Bernardino, and the largest fire in Sonoma County.

"We're plagued with hurricanes. We've been on numerous mutual assistance all over the country and in Puerto Rico and so we're world class at it and I don't think you'll going to find any better," a FPL spokespersons said.

FPL crews are expected to start restoring power as early as Monday.