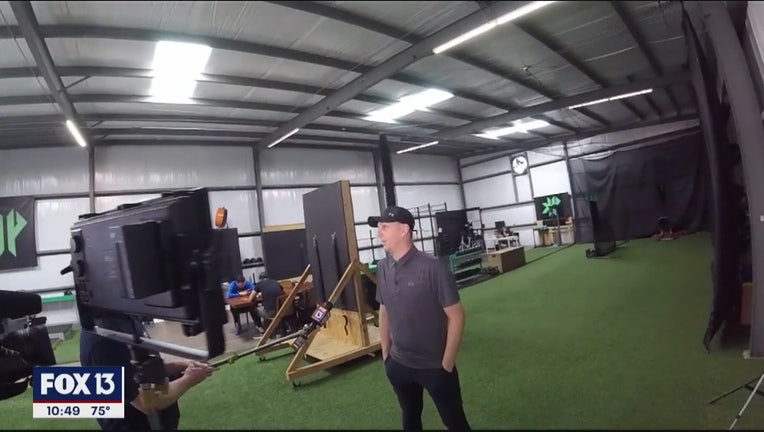 TAMPA, Fla. - The weights sit idle and baseballs are gathering dust at Kinetic Pro Performance in Tampa, a training studio owned by Casey Mulholland’s business. The former USF and Dodger pitcher strategizes on how to keep his clients ready to play ball.

“It’s very tough for them to stay focused. They might be home with their family. They might have a kid. They might have a dog,” Mulholland told FOX 13 Sports. "Imagine trying to do pushups in the living room while your dog is running around. That’s why we’ve gone remote, all online for our athletes. We’ve found ways for them to play catch in the back yard, throw against the wall.”

One of Mulholland’s premier pitching clients is the Toronto Blue Jays’ top prospect. Bishop McLaughlin’s Nate Pearson had hopes of getting the call to the big leagues this season.

“Opening Day was right around the corner and then all of a sudden everything stops,” said Pearson. “It’s a tough pill to swallow, but it’s what we have to do to get America back on track.”

Now he has to settle on staying home and preparing the best he can.

“We have a wall to throw with and I’m lucky I have a partner who is staying with me, so I can play catch with him,” said Pearson.

The biggest concern with Major League Baseball is with their pitchers, because those are the players that take the longest to get ready during Spring Training. So the longer this shutdown lasts will have a drastic effect on how long players will need to get ready for the start of the season.

“If we let the season be shortened, then we do get the proper rest and we get back on track for next year. But if they want to extend the season and go past the dates, then we are losing offseason time. There are a lot of things they have to take into consideration,” Pearson said.