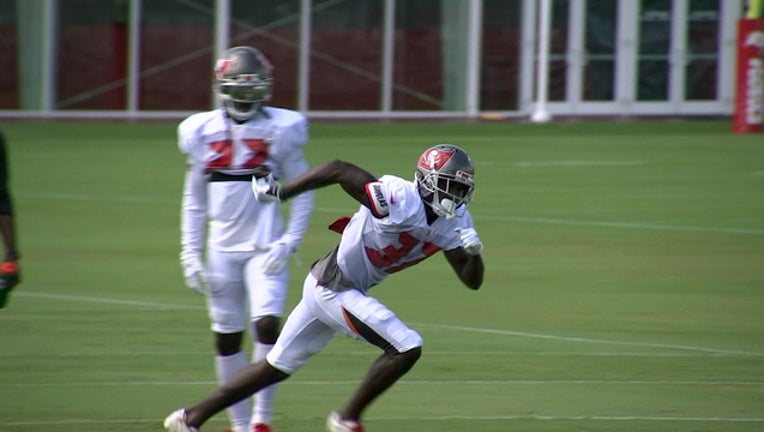 TAMPA, Fla. (FOX 13) - Mazzi Wilkins knows he's a long shot to earn a spot with the Buccaneers at cornerback.  He's been one his entire football career. He's had to prove himself at every level, but throughout the process, he's never doubted his abilities and he believes he's shown the Bucs what he can bring.

"First preseason game, I showed what I can do on defense," said Wilkins.  "The second preseason game, I definitely felt like I had a way more dominant special teams game, so I had a few tackles on special teams. I showed them I could run down the field and get physical with the big boys too, so next game I'll show something different."

Growing up in Tampa, playing for Plant High and then USF, Wilkins has dreamed of the day when he would wear a Bucs uniform. When the day came last month, Wilkins didn't take long to reflect on his long journey.

"When I put it on, it was like gold," he recalled. "I had enough time to sit around and think about and chill out when I wasn't on the team, so when it was time to put it on it was ‘Go get it.' I looked myself in the mirror and said, ‘What are you going to do?' Questioned myself, you know, just to set a standard for myself. I just never looked back."

At USF, Wilkins will be forever remembered for the legal hit he laid on UCF quarterback Milton McKenzie that could be career-ending. He received death threats from it, but the two have become friends and both are recovering from the incident.

Being passed over initially by the NFL gave Wilkins time to prepare himself for this challenge, and looking back, he isn't surprised he had to wait.

"There were other aspects to this thing that I didn't have right," said Wilkins. "I will never take nothing for granted or have regrets with anything. There are things I had to clean up and get better at as a human being before I could be here. So that off period really helped me go to the next level and tap into other parts of myself that I didn't know I could tap into."