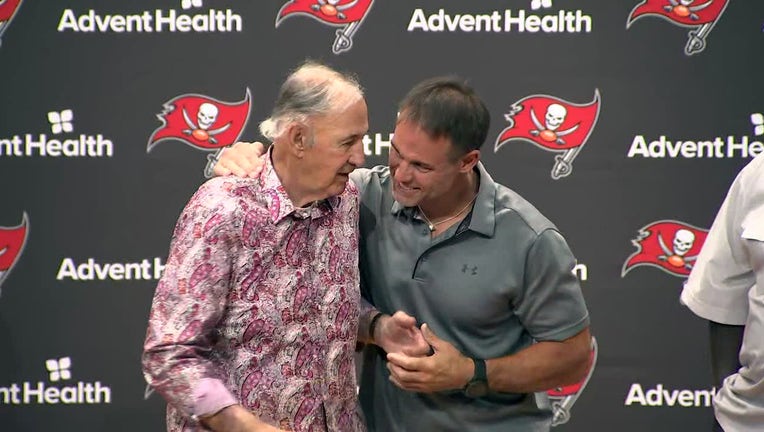 TAMPA, Fla. - In a copycat league, Monte Kiffin is credited for fathering in the Tampa Cover-2 defense - a scheme so effective, it's become a model for defenses in the modern era, both college and pro.

It's enough to earn Kiffin a spot on the Buccaneers’ Ring of Honor.

Kiffin will be inducted at halftime of the Bucs’ September 19, Week 2 home game against Atlanta. He'll join players who thrived in his Tampa-2 defense, names like Derrick Brooks, Warren Sapp, Ronde Barber, and John Lynch.

That defense was so dominant, it took center stage in the Bucs’ first-ever Super Bowl victory.

"We took the field that day, I remember sitting in the locker room…we were ready that day, I’ll tell you that right now," Kiffin recalled. "It was just a great thrill, we went out there and lit up the scoreboard. A memory I’ll never forget."