TAMPA, Fla. - March 11, 2020 will forever be remembered as the beginning of the screeching halt of the entire sports world. College club sports, like the USF men's hockey team, was no exception.

The USF Ice Bulls were a No.1 seed heading into the American Collegiate Hockey Association national tournament in Dallas.

"We were first in the south region. That was the first time in school history," said first-year head coach Joe Rhoad. "SCAC Championship, [which was the] first in school history. [We registered] no losing record against a conference opponent."

Tampa native and team vice president Samuel Coleson knew the season coming to an abrupt end was a possibility the day before.

"The coaches and I were talking about this last night," Coleson told FOX 13 Sports just hours after hearing the news. "It just so happened to be that we spoke it into existence."

Because USF hockey is a club team, they receive some funding from the university, but they still have to raise extra funds on their own, making the loss of their post-season hurt that much more.

"Everyone on this trip was paying out of pocket because they wanted to be there to go to Dallas and compete in this tournament," Coleson said. 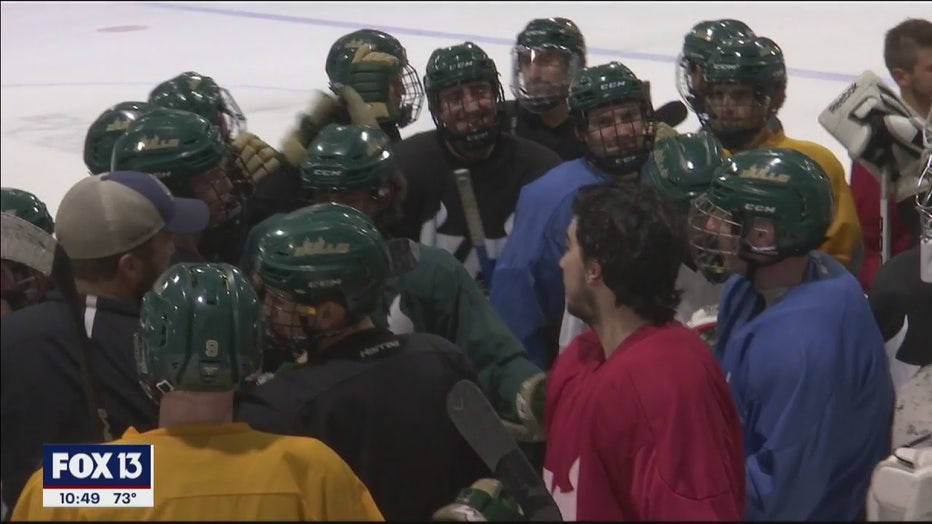 However, despite all the unfortunate twists and turns, there was one thing the USF Ice Bulls could go home smiling about.

"We know that we're a championship team so that helps a little," Walters said.

"I heard from more coaches about what great young men they were on the ice, and off the ice," Coach Rhoad said with a smile. "That meant more to me as a coach than any goal scored, or save made."