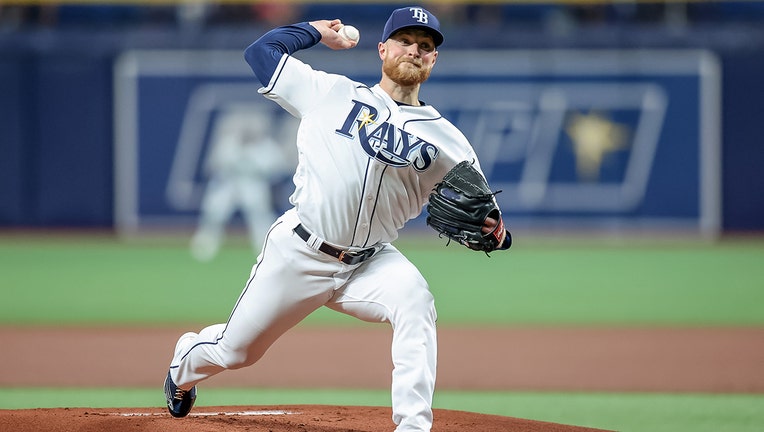 Rasmussen (1-1) set career highs in innings pitched, pitches (84) and strikeouts in his 14th career start. He gave up two hits and one walk and retired the last 10 Mariners he faced.

Seattle starter Marco Gonzales (1-2) last just 11 pitches and left after being struck on the left wrist by a line drive hit by Harold Ramirez. The hit drove in the first run of the game.

Kiermaier's second homer of the season came off Yohan Ramirez after a single by Taylor Walls in the fourth.

J.P. Crawford homered off Rays reliever Colin Poche in the seventh, his third of the season. Abraham Toro hit his second homer of the season off Andrew Kittredge in the ninth.

Kittredge got the final four outs for his third save in three tries.

Rays: RHP Corey Kluber had his next start pushed back from Thursday to Friday against Minnesota. ... C Mike Zunino (sore left shoulder) was available Wednesday, but manager Kevin Cash said he would prefer Zunino to get a day or two off. ... LHP Ryan Yarbrough (left groin tightness) is scheduled for a rehab start Thursday at Triple-A Durham.

RHP Chris Flexen (1-2, 3.63) will pitch Thursday's series finale for the Mariners. With Kluber scratched from the start, Cash described the situation as "all hands on deck" for the Rays.