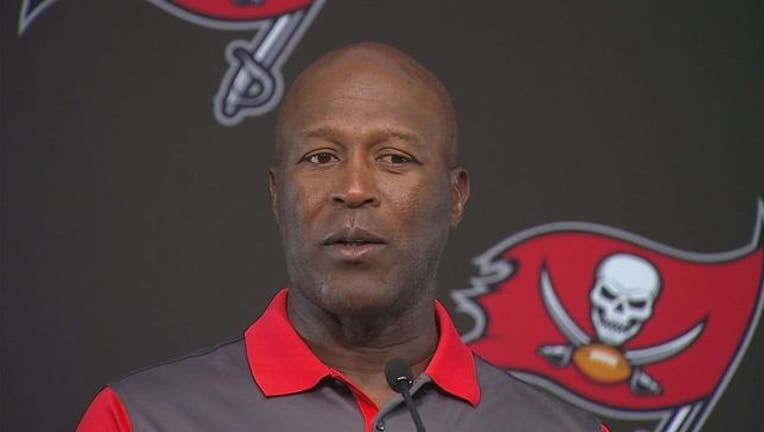 TAMPA, Fla. (AP) — The Tampa Buccaneers insist they're getting better. Yet they keep finding ways to lose.

A rookie quarterback's mistakes one game, kicking woes another week, and puzzling defensive shortcomings that are getting increasingly more difficult to explain.

Coach Lovie Smith said Monday the Bucs (2-4) own up to who they are in the wake of one of the biggest meltdowns in franchise history — an inconsistent team still learning what it takes to be successful.

Be it a slow start or poor finish, untimely turnovers or penalties, Tampa Bay's has a propensity for doing whatever necessary to undermine its chances of winning.

The Washington Redskins rallied from a 24-point deficit to beat the Bucs 31-30 on Sunday, spoiling Tampa Bay's bid to improve to .500 or better through the first six games of a season for the first time since 2010.

"I've made the statement that we are getting better as a football team," Smith said. "I think first off you have to be a decent team to get up 24-0 on a team in the NFL. That's telling you a little bit of what you can be. Hopefully, that's going to tell us a lot about what we'll be in the future."

In matching the second-biggest collapse in team history, the Bucs wasted an outstanding offensive performance led by No. 1 overall draft pick Jameis Winston. The rookie completed 21 of 29 passes for 297 yards, two touchdowns and zero interceptions.

Doug Martin ran for 136 of the team's season-high 190 yards rushing, and Mike Evans had a career-best eight receptions for 164 yards and one TD as Tampa Bay finished with 479 yards total offense, its fifth-highest total ever.

The defense, meanwhile, showed why its No. 5 ranking doesn't tell the story of how it has played. Despite being among the leaders in fewest yards allowed, the Bucs have yielded the second-most points in the NFL.

Part of that optimism is based on the progress of Winston, who's rebounded from the worst performance of his career (four interceptions and a fumble in a lopsided loss to Carolina) to complete 70 percent of his passes for 506 yards, three TDs and no interceptions over the past two games.

The coach cited Winston's play during a win over Jacksonville and the loss to Washington as an example of how quickly things can turn from discouraging to encouraging.

Linebacker Lavonte David called Sunday "one of those losses you get a permanent scar from," but Smith is confident the problems on defense can be fixed, too.

"I think we can get those things corrected and this will only be a scar that's healed up. That's how I see it. But today, it's misery around here. We're in a dark place today. We won't be for long."