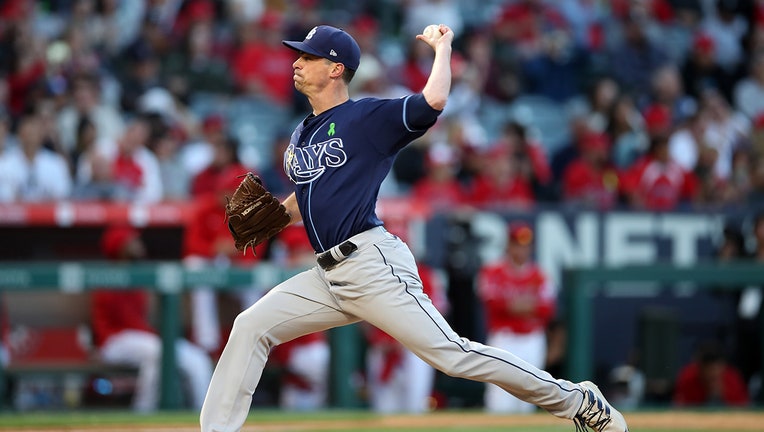 ANAHEIM, CA - MAY 11: Brooks Raley #30 of the Tampa Bay Rays pitches during the game against the Los Angeles Angels at Angel Stadium of Anaheim on May 11, 2022 in Anaheim, California. The Rays defeated the Angels 4-2. (Photo by Rob Leiter/MLB Photos

The small community of about 16,000 people west of San Antonio is the left-hander’s hometown, he attended school in the building where the shooting occurred, and his parents and a brother still reside there.

"It’s a pretty small town," Raley said Wednesday. "News travels fast. My family is still there, my brother lives there, and his wife and daughter. So it hits close to home."

Raley, 33, was in the Rays’ clubhouse at Tropicana Field less than an hour before a game against the Miami Marlins when he learned 19 children and two adults had been gunned down at his old school.

While making it clear he did not want to discuss any political implications of Tuesday’s shooting, Raley acknowledged the news is difficult to digest.

"I was just sitting in here and heard something and didn’t really follow up because we were about 40 minutes before the game. I got to talk to my parents, just to get a little bit of background and get as much information as you can," he said.

"I did go to that school. I walked those halls, so I can imagine what they experience each day, and I’m feeling for that community," Raley added. "It’s small and a close-knit community, so it’s obviously tough. I don’t know if there’s anything I can do. It’s going to take time." 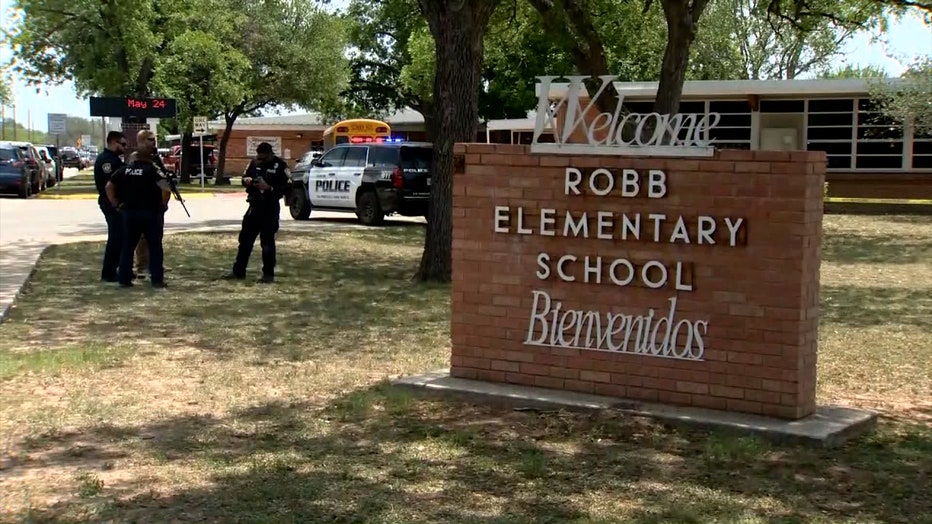 Raley, a two-sport star at Uvalde High School, has not lived in his hometown since heading off to college at Texas A&M, where he was drafted by the Chicago Cubs in 2009. He currently resides in College Station, Texas, with his wife, Rachel, and their three daughters.

"It’s the biggest city west of San Antonio," he said of his hometown. "I mean, we’ve got an H&B and a Walmart and a couple fast-food joints. Not a whole lot there."

How to talk to kids about mass shootings

After the mass shooting at a Texas school, parents are once again forced to have tough conversations with their children.

MORE: 'Let the kids lead the way': Talking to children about the Texas school shooting

His hesitancy to discuss the tragedy publicly is partly due to all the unanswered questions, Raley said.

"It’s just a tragedy. Obviously growing up there and going to that school, it kind of hits home," the pitcher said. "Having young children myself, you just feel for those families, and you pray for them and your thoughts are with them."

Raley is in his first season with the Rays. The left-handed reliever was 1-0 with a 2.25 ERA and three saves in 14 appearances entering Wednesday night’s game against the Marlins. He made his major league debut with the Cubs in 2012 and has also pitched for the Cincinnati Reds and Houston Astros during his career.