Football, not COVID-19, on minds of USF Bulls

TAMPA, Fla. - While the college football landscape is in chaos, USF's football fields all appear calm. The distractions of a season on the verge of cancellation aren't showing on the faces of the Bulls.

"We're just taking it day by day,” said Bulls cornerback K.J. Sails. "Coach Scott has done a tremendous job of keeping us focused. Taking it one day at a time and one step at a time.

The players and coaches aren't naive. They're fully aware of the speculation swirling around their sport.

"I think they're kind of preparing, somewhat mentally, for the worst-case scenario,” said Bulls defensive coordinator Glenn Spencer. "If not, then we'll just have to prepare like we are going to have the opener until they tell us differently. Yeah, but it will be absurd to think that they don't hear this stuff in the news too.” 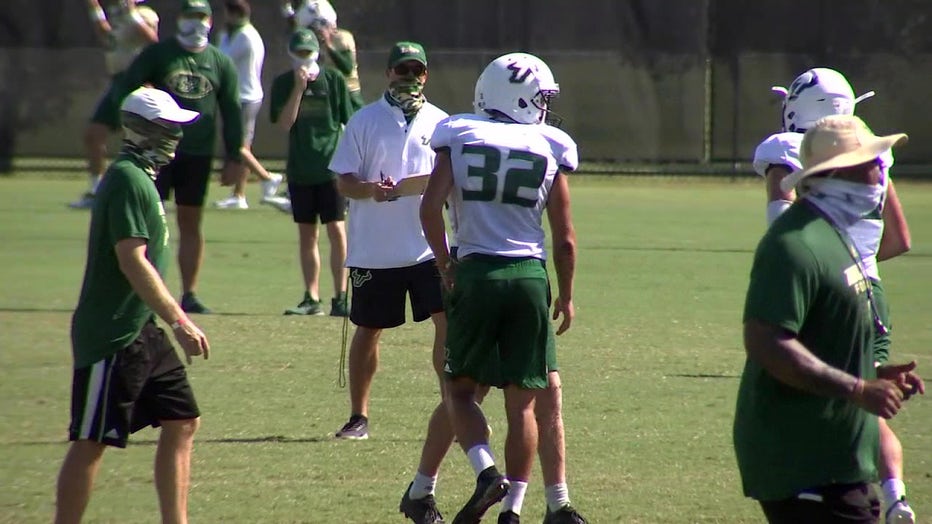 While college football conferences weigh risks versus rewards. Clemson quarterback Trevor Lawrence argues, "people are at just as much, if not more [at] risk, if we don’t play. Players will all be sent home to their own communities where social distancing is highly unlikely and medical care and expenses will be placed on the families if they were to contract COVID-19."

A document has been circulated among some AAC schools titled "Proposal for Change". It lists 10 concerns, including a request for 'hazard pay” -- 20% of the conference’s revenue. 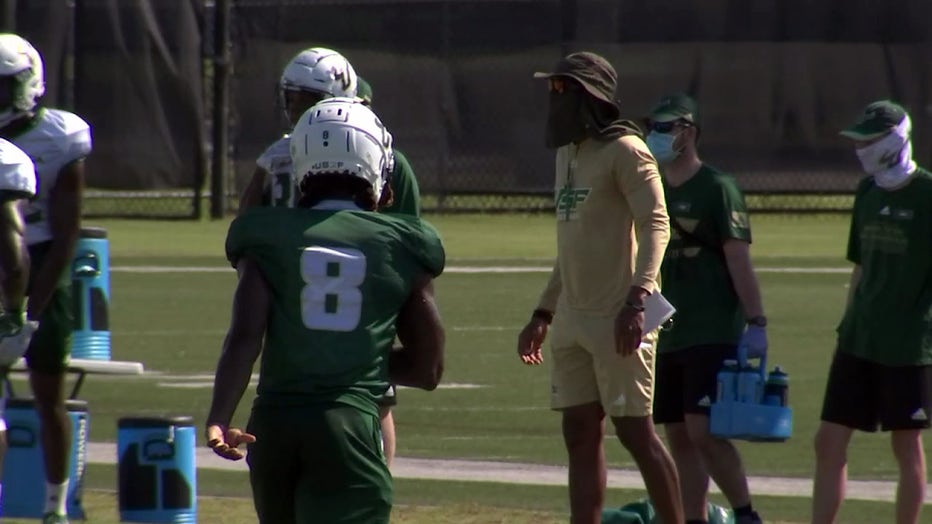 When asked if he thinks players would be safer staying together as a team on campus, Bulls defensive coordinator Glenn Spencer avoided the question like an all-out blitz.

"I just want to stop first down, OK?” laughed Spencer. "Don't mean to avoid, but really anything that I would say to that...It's really not what's on my mind."