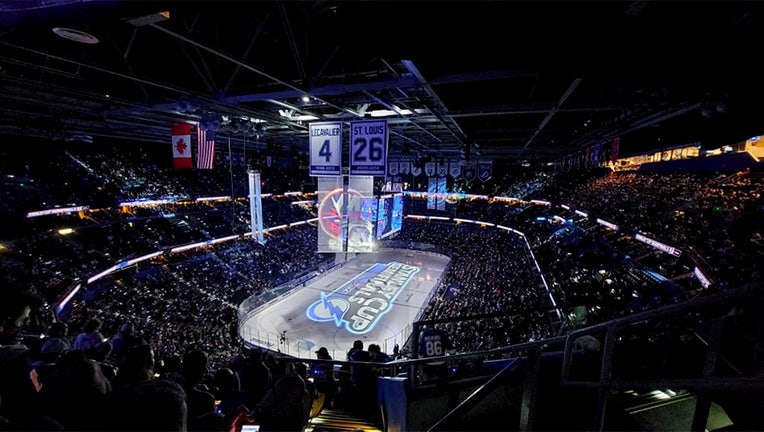 A view from the 300-level in Amalie Arena during Game 5 of the NHL Stanley Cup Playoffs. The Tampa Bay Lightning won 8-0 against the New York Islanders.

TAMPA, Fla. - For the Bolts, Friday’s Game 7 is the first winner-take-all challenge since 2018 – but at the same time, they have demonstrated their ability to respond after a loss.

The Tampa Bay Lightning and the New York Islanders will head into the pivotal game Friday inside Amalie Arena. The Bolts will try to advance to the Stanley Cup Final for the second year in a row.

The Lightning is 13-0 in games following a playoff loss since beginning of last year’s title run, including an 8-0 rout of the Islanders in Game 5.

The Islanders evened the series at three games apiece by overcoming a two-goal deficit in a 3-2 overtime victory on Wednesday.

And while Tampa Bay has been as resilient as any team the last two postseasons, coach Jon Cooper and his players aren’t taking anything for granted in their bid to become the first repeat champions since the Pittsburgh Penguins in 2016 and 2017.

The winner of tonight’s game will face the Montreal Canadiens, who defeated the Vegas Golden Knights in overtime on Thursday night.

As of Friday morning, there is still no update on the health of Nikita Kucherov. He left the ice in Game 6 shortly after taking a cross-check from the Islanders’ Scott Mayfield – who, by the way, received no penalty and no supplemental discipline.

The Islanders are 11-13-4 in road games. New York averages only 2.7 penalties per game, the least in the NHL. Ross Johnston leads them averaging 0.7.