TAMPA, Fla. - December started with a chill on Tuesday, as morning temperatures dipped down into the 40s across parts of the Bay Area. And the coldest air hasn't even arrived yet.

“That cold air is pouring in as we speak,” FOX 13 meteorologist Tony Sadiku said. “Today’s the day to really protect those cold-sensitive crops because it’s going to be colder tonight.”

Temperatures will drop to the mid- to low 30s across the northern Bay Area, while the metro Tampa area could bottom out at 39.

A freeze warning is now posted for Hernando, Citrus, and Sumter counties, along with parts north. A freeze watch is in effect for inland Pasco County. 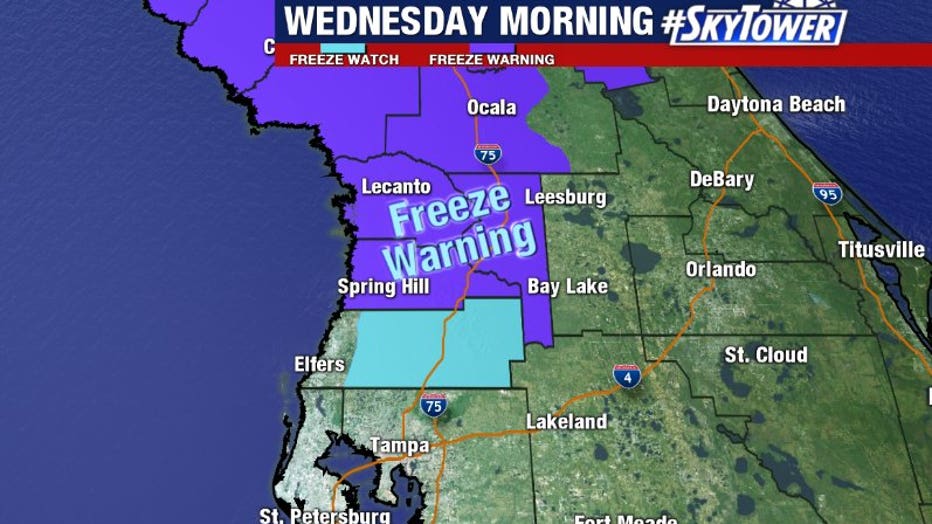 Gusty winds will calm down but start shifting out of the north, sending wind chills even lower across the inland counties. It will feel like the mid-30s as far south as Arcadia.

“It doesn’t sound like much but it’s going to make a difference in how it feels. It’s going to add a bite out there,” Sadiku warned.

Milder air return as the week ends, but another cold front will arrive after that.