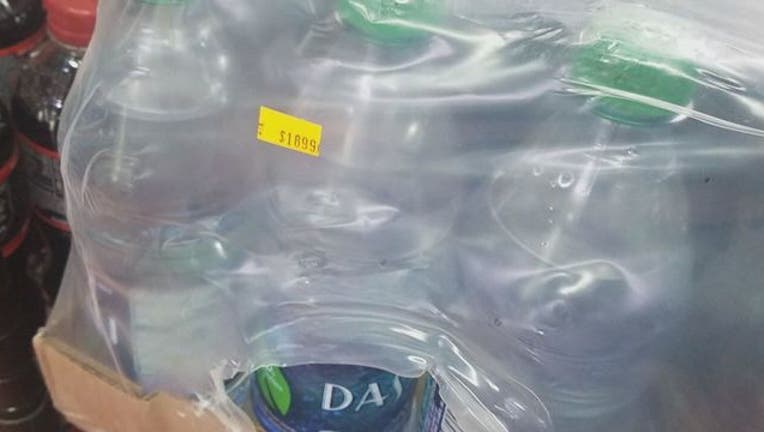 TALLAHASSEE (NSF) - Floridians bracing for the pounding winds and rains of powerful Hurricane Irma are complaining at a historic clip about price gouging and shortages of fuel, Attorney General Pam Bondi said Thursday.

“Our phones are blowing up as they have been all night long and continue to do,” Bondi said. “That's a good thing, because it's helping us protect you.”

“We've never seen our hotline like this in history,” Bondi said. “However, we've never seen a storm this bad. This is bigger than Andrew; people have to understand. To people who survived Andrew and people who lost loved ones during Andrew, this is a much bigger storm.”

The majority of the calls have come from Broward, Miami-Dade and Palm Beach counties. Most are about inflated prices for food, water and ice, but people are also calling to complain about fuel shortages, Bondi said.

“The worst call I got today, and this was the worst of the worst, was a 24 pack of six-ounce bottles of water, for $72 … $72,” said Martin Green, a call center operator. “That was in Jupiter today.”

As of 11 a.m., Irma was about 125 miles east-northeast of Puerto Plata, Dominican Republic, with maximum sustained winds of 175 mph, a powerful Category 5 storm.

The Florida Keys, which has seen more than 25,000 people hit the road after mandatory evacuations were ordered for tourists and residents, is under both watches.

Mandatory evacuation orders have been issued for barrier islands and low-lying mainland areas of Miami-Dade and Broward counties.

Gov. Rick Scott, who traveled Thursday morning to emergency operations centers in Hialeah and West Palm Beach, activated 3,000 additional members of the Florida National Guard, bringing the number to 4,000. Another 3,000 are to be activated by Friday.

Scott also tweeted a photo of a Florida Highway Patrol car traveling behind a tanker truck on an interstate, noting the FHP is escorting “fuel trucks across FL to ensure supplies are quickly refilled.”

Scott added in a release that he's been in contact with federal officials, fuel retailers and oil companies to address the demand-created shortages of fuel.

“We have asked fuel companies to identify ships that are in route to our ports so we can arrange military escorts to get them here faster,” Scott said. “To further expedite fuel delivery, I have directed state police to escort fuel trucks to gas stations along evacuation routes.”

Regulations related to truck weights and driver restrictions have been waived for fuel trucks.