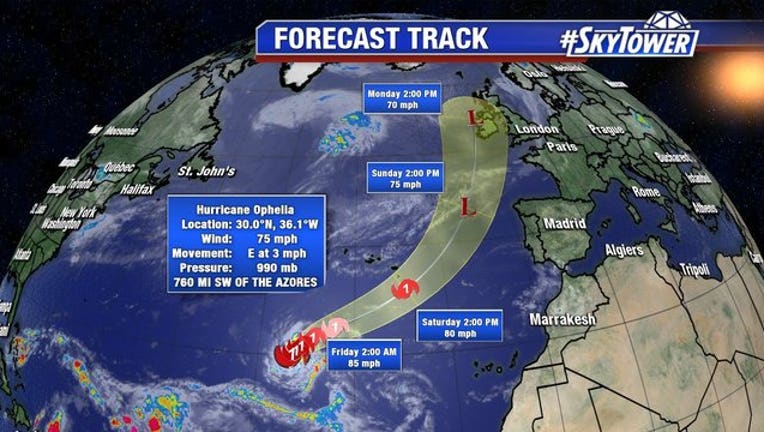 Ophelia will head east-northeast over the next few days and eventually make more of a northward turn through the weekend. It is currently forecast to stay west of Portugal before bringing gusty winds and rain to Ireland early next week.

To add to that, the 10 hurricanes we’ve had this season have been consecutive – Franklin to Ophelia. The last time we had nine or more back-to-back hurricanes was 1893.

This season has been remarkable in so many ways and there’s still another 50 days to go before it’s over. Let’s hope it stays quiet until then.