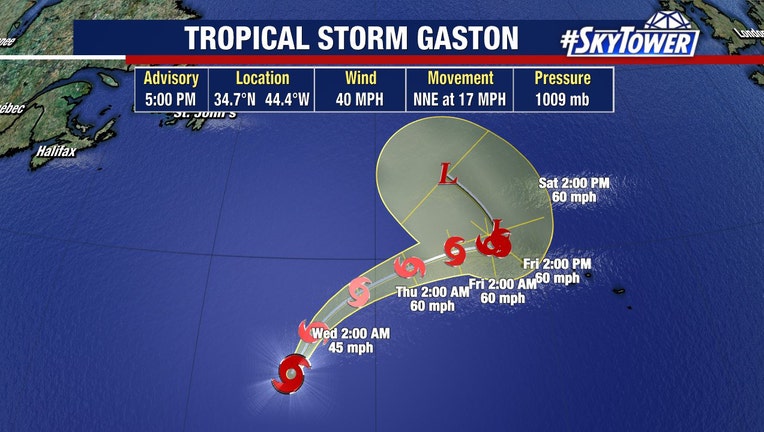 Forecast track for Tropical Storm Gaston, which is expected to stay away from U.S.

TAMPA, Fla. - Hours after Tropical Depression 8 formed in the Atlantic Tuesday morning, the storm strengthened to become Tropical Storm Gaston. But it is not expected to impact the U.S. as it continues heading north.

The system formed Tuesday morning and will be "remaining over the open waters," according to the National Hurricane Center.

As of the 5 p.m. advisory, the storm gained enough strength to become a tropical storm

As for Fiona, it intensified this week to become the first major hurricane of the 2022 Atlantic season. Even with Hurricane Fiona pulling farther away from the Caribbean, its outer bands will continue to produce heavy rain over coastal and eastern sections of the Dominican Republic and localized portions of Puerto Rico through Tuesday 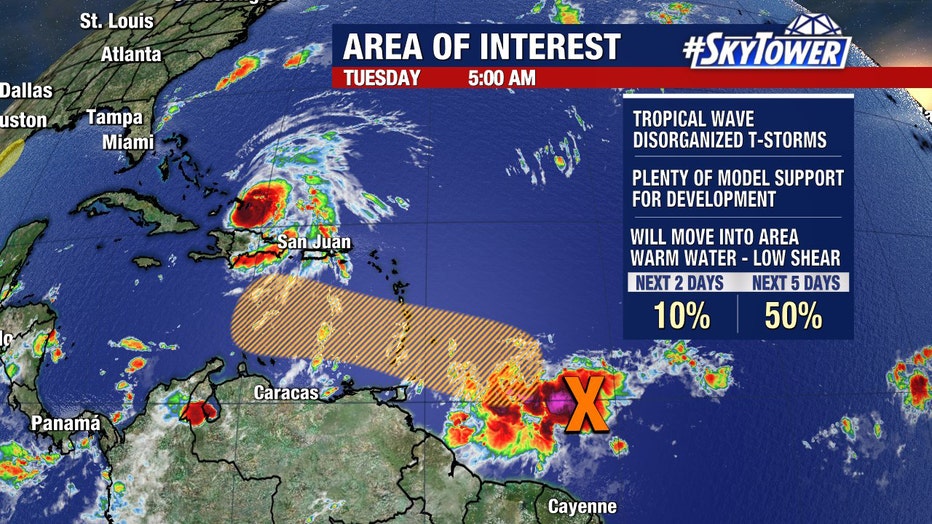 Hurricane Fiona first crashed into the extreme southwestern coast of Puerto Rico on Sunday afternoon, leaving catastrophic flooding and most of the island in the dark, and then hit the eastern Dominican Republic about 12 hours later in the pre-dawn hours of Monday.

Meanwhile, forecasters are keeping an eye on a strong disturbance moving into the Caribbean next week. It has a 50% chance of developing in the next few days.

The next name on the 2022 Atlantic hurricane list is Gaston, followed by Hermine. A storm receives a name when it organizes into a tropical storm with maximum sustained winds of at least 39 mph. 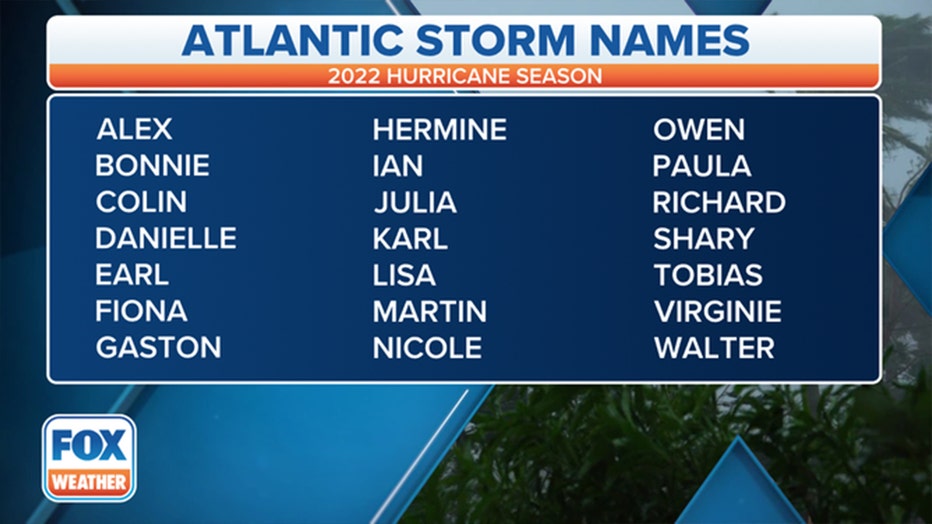 The list of tropical cyclone names for the 2022 hurricane season. (FOX Weather)

FOX Weather contributed to this report.