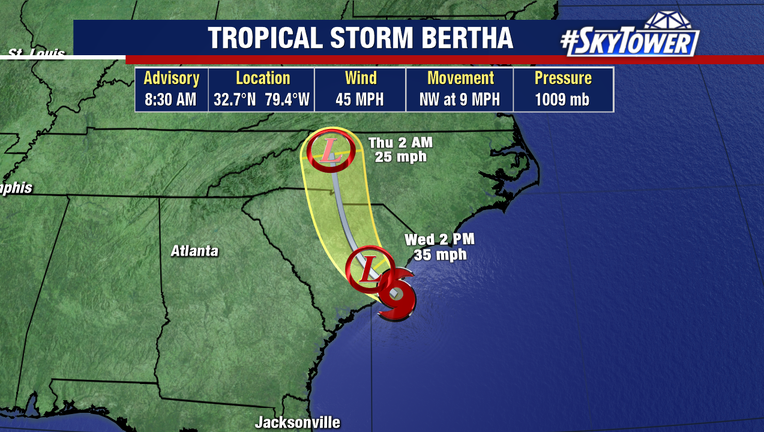 TAMPA, Fla. - While Monday is the official start of the 2020 Atlantic hurricane season, a second named storm has formed Wednesday morning.

However, it doesn't appear Bertha will impact Florida at all as it moves away from the state.

"Heavy rainfall will be the biggest threat, along with tropical storm force winds along portions of the South Carolina coast," according to NHC forecasters.

"This morning I woke up, there was a 30% chance of development with this disturbance off the coast, then it went to 70% and now we have a tropical storm," he explained. "That's how fast this changed overnight."

Tropical Storm Arthur formed over a week ago, brushing the North Carolina coast before it finally headed out into the Atlantic Ocean. 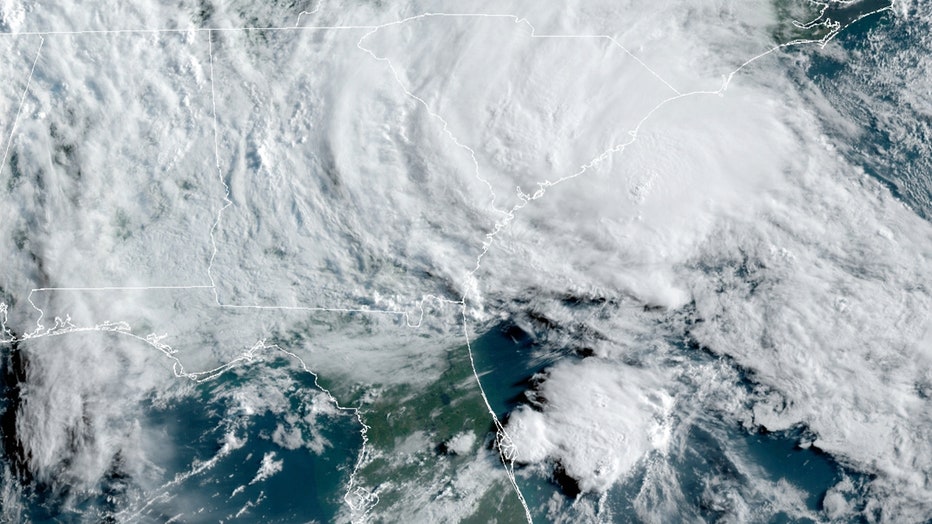 Tropical Storm Bertha forms on the morning of May 27, 2020. (National Hurricane Center)