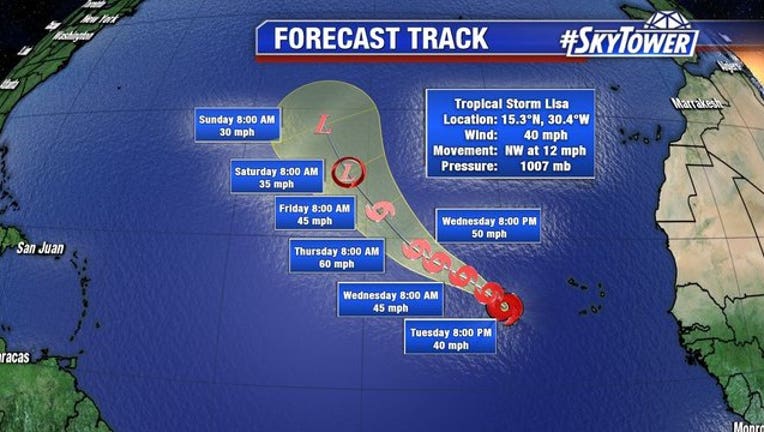 MIAMI (AP) - A depression has strengthened into Tropical Storm Lisa over the eastern tropical Atlantic.

The storm's maximum sustained winds on Tuesday were near 40 mph. The storm is centered about 430 miles west of the Cabo Verde Islands. The U.S. National Hurricane Center says some additional strengthening is forecast during the next 48 hours.

Meanwhile, Paine continues to weaken in the Pacific as it approaches Mexico's coast.

The storm's maximum sustained winds early Tuesday have decreased to near 60 mph. The U.S. National Hurricane Center says continued rapid weakening is forecast and Paine is expected to become a remnant low by Wednesday.

The storm is centered about 280 miles west of Cabo San Lazaro, Mexico.

Also in the Atlantic, Tropical Storm Karl is forecast to begin strengthening in another day or two. Its maximum sustained winds have decreased to near 40 mph. Karl is centered about 530 miles east-northeast of the Leeward Islands and is moving west-northwest near 17 mph.