TAMPA, Fla. - Hillsborough County State Attorney Andrew Warren announced charges for 11 people stemming from the rioting and looting that occurred during demonstrations in Tampa in late May.

On the night of May 30, 40 people were arrested for looting and rioting in the University Mall area of Tampa. Now, 11 people have been formally charged.

State Attorney Andrew Warren is determined to have every looter and rioter face justice.

"We have the first batch, 11 defendants, 15 felony charges, about a half dozen misdemeanors included," he said. "These are some of the people who were robbing, burglarizing, burning, gas stations, drug stores, jewelry stores."

Some of the accused looters have already made it in front of Hillsborough Judge Catherine Catlin and she did not hold back. Catlin said, “Oh my gosh, Mr. Fletcher, how did we get here? It’s just not worth it. It’s not worth it for Mr. Floyd’s memory." 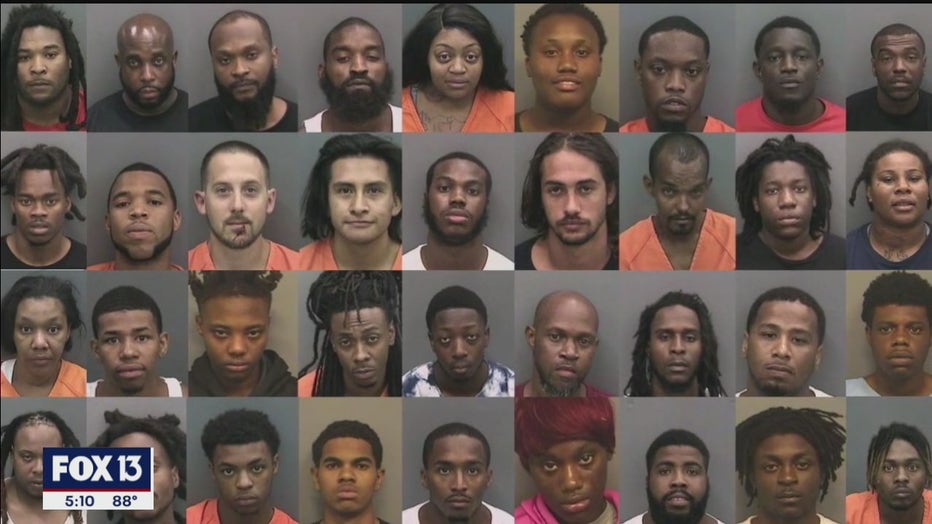 "It’s not worth all your rights,” she continued. “If you’re convicted of these felonies, you just lost your right to vote, the best way to make change.”

The shocking images from that night are hard to forget. Looters were seen breaking into stores and setting businesses on fire. The Champs Sports store was completely destroyed.

"They should be punished, what they did to us. It's not right, it's not fair and they should not go and do these things to anybody else," said Badar Unissa, whose store, Badar's Hair and All, was broken into and looted. "They broke the windows, the took the cash register and thank God they didn't burn [it]."

Unissa, who has owned that store for 29 years and has 32 employees, had just reopened following a two-month Coronavirus shutdown. Less than a week later, she had to close down again for another 12 days.

"They don't know how many people they affected. Not only one person, they have affected 32 families, their kids, their livelihood. They all depend on these jobs," she said, adding the uncertain future is unsettling. "It's hard. I hope we will not close again. It's going to be a very big disaster for me."

Tampa police said more arrests have been made this week after spending hours reviewing dozens and dozens of videos of the looting. Some stolen merchandise has even been recovered.

Warren said make no mistake, these 11 charged today is just the start. “Taking advantage of the situation to loot, riot, and steal and attack law enforcement those are the people that we’re going after,” Warren explained.