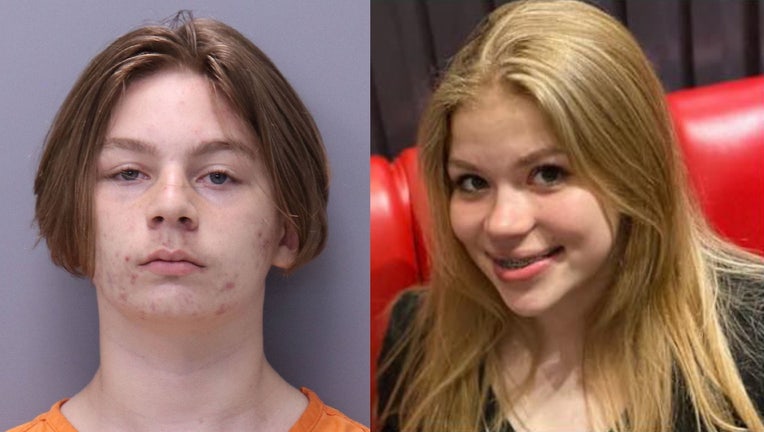 ST. JOHNS, Fla. - A judge on Friday ordered a 14-year-old Florida boy held without bond on a first-degree murder charge in the death of a 13-year-old classmate.

Aiden Fucci will be tried in adult court and faces a possible life sentence in the stabbing death of Tristyn Bailey earlier this month. Bailey was last seen at a community center in her neighborhood on May 9. Her body was found on Mother's Day in a wooded area near Fucci's home.

During a news conference announcing the charge on Thursday, State Attorney R.J. Larizza said that charging Fucci as an adult was the only choice his office could make. An autopsy found at least 114 stab wounds on Bailey.

Investigators said Fucci had also told several friends that he planned to kill someone, though it wasn’t clear whether Bailey was his intended target from the beginning, Larizza said.

Fucci and Bailey attended nearby Patriot Oaks Academy, where Bailey was a cheerleader. Fucci was arrested May 10 on a second-degree murder charge and held in a juvenile justice center.