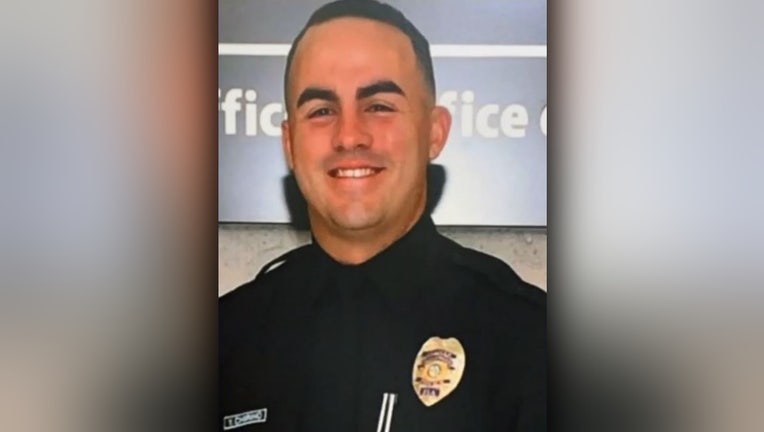 HOLLYWOOD, Fla. - An 18-year-old man is accused of fatally shooting a Florida police officer during an altercation, officials said Monday.

He said Officer Yandy Chirino, 28, was shot during an altercation. Several officers rendered aid, but Chirino was pronounced dead a short time later at nearby Memorial Regional Hospital.

Other officers detained the suspect, Jason Vanegas, who the chief said will be charged with armed burglary, battery on a law enforcement officer, carrying a concealed firearm violation, grand theft of a firearm, resisting arrest with violence and first-degree murder.

O'Brien said Chirino had been with the department since 2017 and was recognized as Officer of the Month in June 2020.

"He was a great officer and will have a lasting impact on our community," O'Brien said. He added that Chirino "gave his life honorably and without hesitation."

Law enforcement officers from across Broward County were at the scene Monday morning, assisting in the investigation.

According to O’Brien, Vanegas has an extensive arrest history.

The flag outside the Hollywood Police Department was lowered to half-staff.