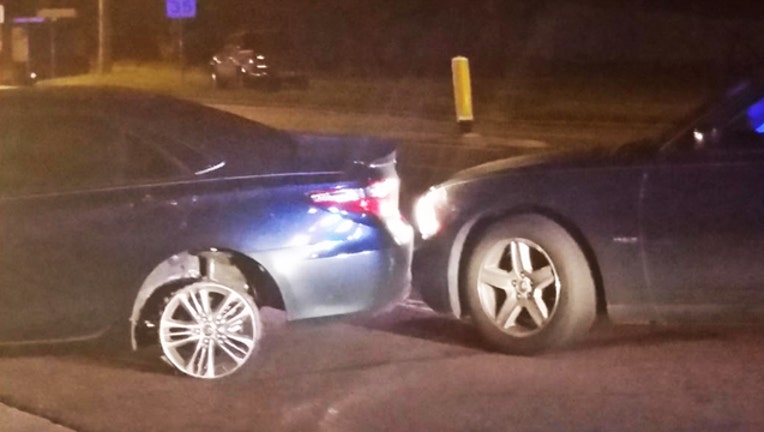 The Pasco County Sheriff’s Office said the chase started around 2:30 a.m. near Northwood Palms Road and the Pasco/Hillsborough County line, when deputies spotted a group of people breaking into a car.

They said a total of three cars- possibly a white sedan, a red sedan, and the blue Toyota Camry with the teen suspect behind the wheel- sped away.

Ground and air patrols from several agencies were able to follow the teen's Camry through Hillsborough County as it sped across I-75, then onto I-275 and into Pinellas.

The say the chase finally ended in downtown St. Pete after the Camry slammed into a pole near 34th Street and Fairfield.

Despite the crash, and having at least one wheel worn all the way down to its rim, deputies say the teen attempted to throw the car in reverse and take off again, but he hit a deputy’s patrol car instead.

His last attempt to get away was on foot, but that ended fast. Deputies say he’s now in custody, and facing auto burglary, grand theft and traffic charges.

Officials are not sure how many other suspects were in the other cars.

They ask anyone with information in the case to contact the Pinellas County Sheriff's Office.