One year since Tampa riots

TAMPA, Fla. - This Memorial Day Weekend marks one year since riots broke out in Tampa in response to the death of George Floyd. Buildings were set on fire, stores were looted and numerous arrests were made. Since then, there's major changes to policing and Florida law.

By far one of the biggest changes we've seen is the passage of the anti-riot bill, which increases penalties for crimes committed during a riot. It's also led to deeper conversations about how to improve relations between police officers and community members.

Black Lives Matter Tampa co-founder Donna Davis says while some progress has been made, there's still much work to be done.

On May 30, 2020, protests started out peaceful, but as night fell demonstrations turned to riots. The Champs Sports on E. Fowler Ave. was set on fire. In March, 21-year-old Terrence Hester pleaded guilty to intentionally setting the fire, which prosecutors estimate caused more than $1.2 million in damages. Just down the street, dozens of people could be seen looting the CVS pharmacy along with several other businesses in the area. 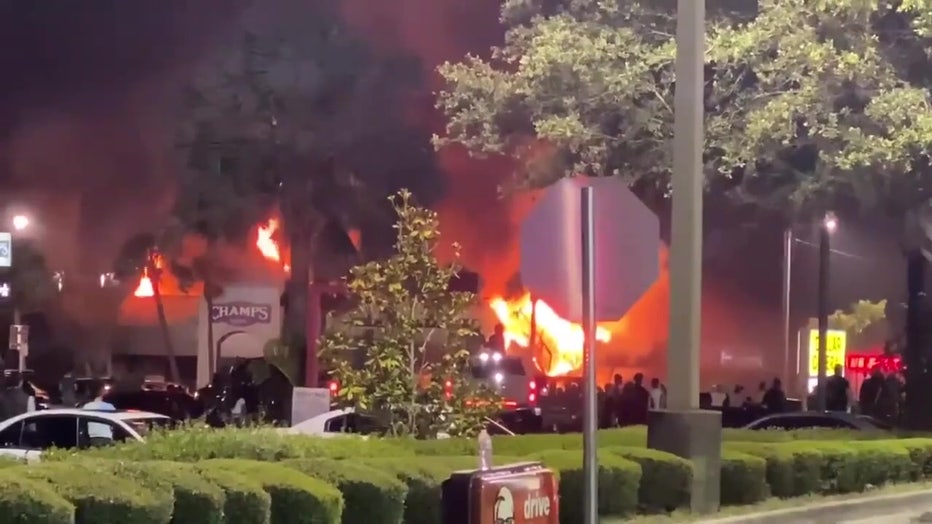 Two months after the riots, at least 57 people were arrested and charged with more than 100 crimes ranging from ransacking stores to causing destruction to fighting with officers who tried to arrest them.

It led to the passage of the anti-riot bill, which increases penalties for crimes committed during a riot.

"It is the strongest, anti-rioting, pro-law enforcement in the country," Governor Ron DeSantis said.

The legislation led to major backlash from free-speech groups as well as State Attorney Andrew Warren. 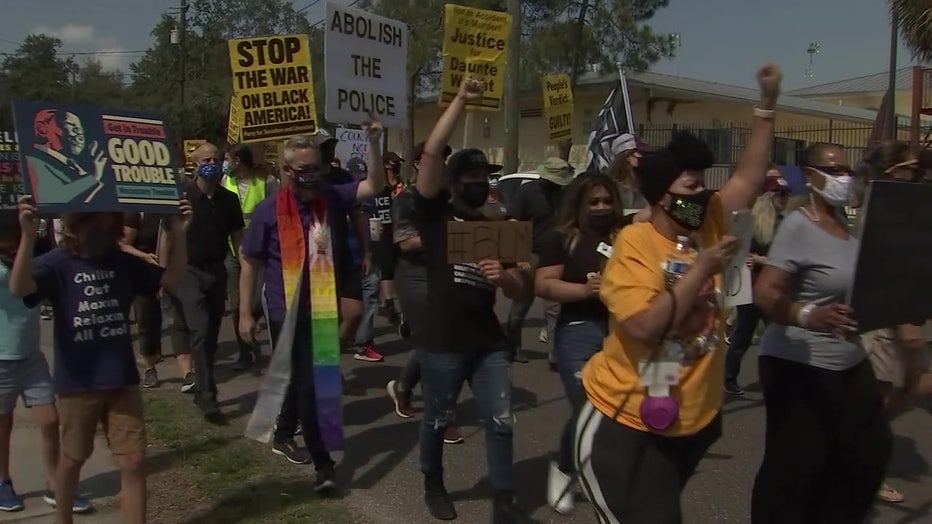 Since May 2020, there have been countless peaceful demonstrations across the Bay Area protesting the deaths of Black men killed by police.

In August, students came together near the USF campus to protest the death of Jacob Blake. Months later, dozens gathered at Curtis Hixon Park to raise concern over the death of Daunte Wright. And just last month a few hundred people came together to protest against the anti-riot legislation.

Davis has played a major role in organizing community protests since the death of George Floyd. She says progress has been made, but there's still much work to be done.

"It was a message to America that as long as we continue to ignore these problems we'll continue to have them," Davis said. "But there are many more good Americans because I believe most people are good who really want to see these things get worked out, who really want to live in harmony with their fellows."