What's Right with Tampa Bay: Community Foundation helping those across the Bay area

TAMPA, Fla. - A local foundation is fulfilling its mission of making the Tampa Bay area a great place to live by spreading their help around.

Daniyah Gay, a student at Academy Prep Center for Tampa, has big plans. She said she wants to be a surgeon or work for NASA asa mathematician.

"I think it's a really good school, because it prepares us for the future, and we know how because, like, we're taking higher courses now," said Gay. "So we're like on a higher level than other schools. So I think it's like a really grateful opportunity to be at."

Part of the reason she is able to come to Academy Prep, is because of the Community Foundation Tampa Bay. They provide funds to non-profits to help them reach their mission of building a better community. 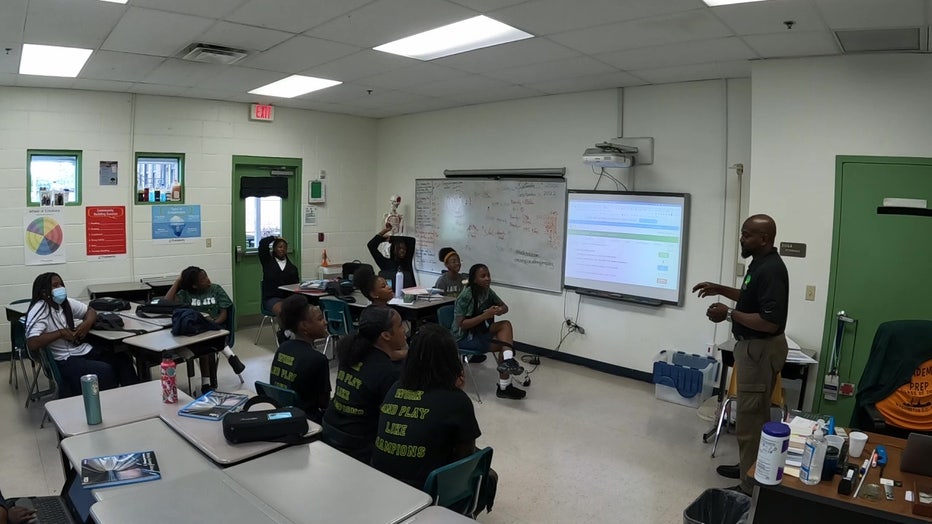 Last year, they gave a record amount of money away to local organizations. Mary & Martha House, got $50,000, Seniors in Service of Tampa Bay got just under $50,000 and St. Petersburg Arts Alliance received $25,000.

"From July through June, we gave out $72 million in grants into the community. That was about just under 1,300 organizations received funding with those grants," Coraggio said.

"We would have to work incredibly hard to find other donors and probably taper our program. We're able to do so much more as a result of that support," she said.

It's support that is helping students reach for their dreams. Money comes from private donations, and they have helped hundreds of non-profits.