SUN CITY CENTER, Fla. - It’s been over 75 years since Ed Mahoney stepped foot on Iwo Jima, but put a map in front of him and this Marine is right back on those black-sand beaches.

"We come in and we landed in the spot here," he said pointing to a map in his home in Sun City Center Friday afternoon, the anniversary of the Iwo Jima battle’s beginning. "And then we went right up to the line at this end of the airfield."

It was February 1945 and Mahoney’s Third Marine Division had landed on the southern tip of Iwo Jima – the island the U.S. needed for air support purposes. 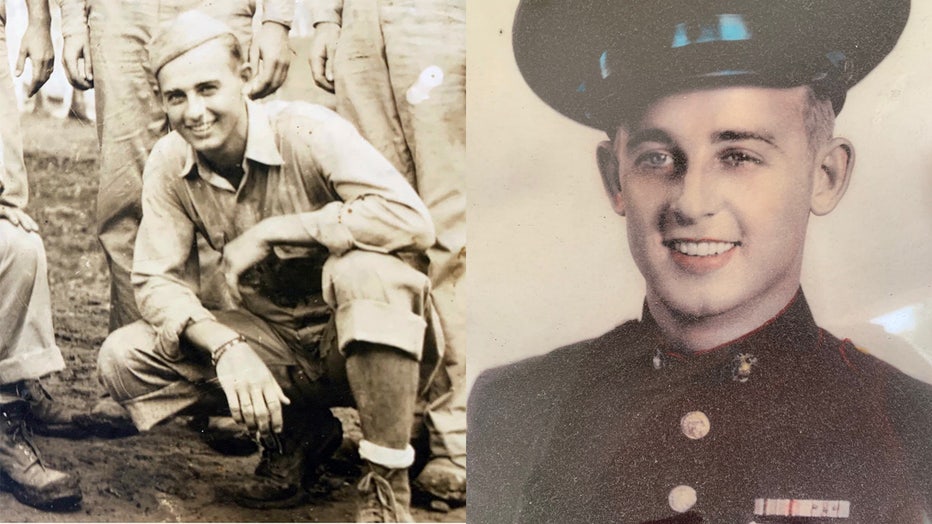 "They wanted it for the airfields," Mahoney said. "The Japanese had one airfield that was open, another that was almost completed, and the third was still in the rough stages."

The island was about 700 miles off the coast of Japan and could be used as an emergency landing site for American B-29 bomber planes.

A fight that the Marines were told would last five days carried on for five weeks, battling an enemy Mahoney called "ruthless."

"They were hard to attack," he says of the Japanese soldiers. "They were good at camouflage, really good. Especially when you were in the jungle. You had lots of trees and stuff. They’d be hiding in the trees, as snipers in the trees." 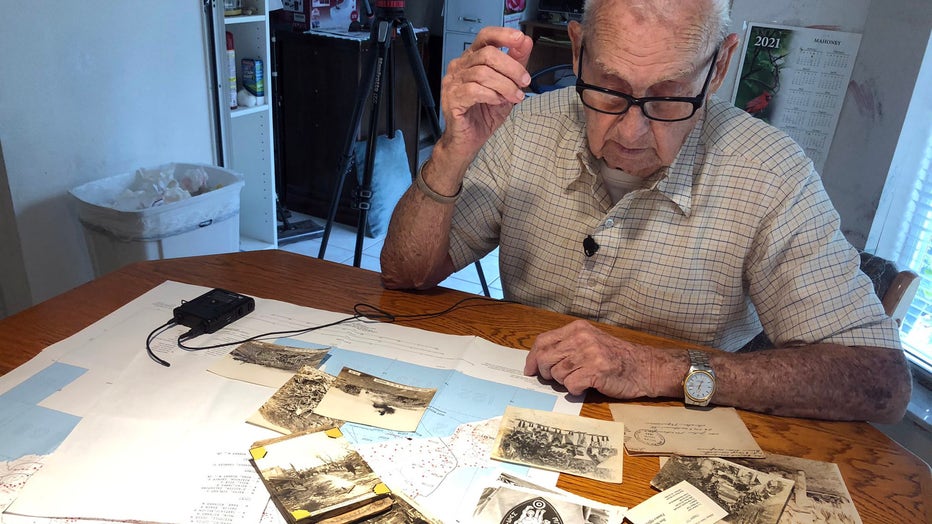 From his Sun City Center home, Ed can still recall details of the battle.

And if they weren’t up above, they were down below, moving through the many miles of tunnels beneath the volcanic rock, ready to fight to the last man.

Mahoney recalled many times he had to choose if it was going to be him or the enemy.

"I had a bayonet and if he was still alive but wounded, sometimes they would take a hand grenade and try to take out Americans with them. If he possibly could, he was going to kill you," he said. "They had no sense for life. They were just giving it to their emperor." 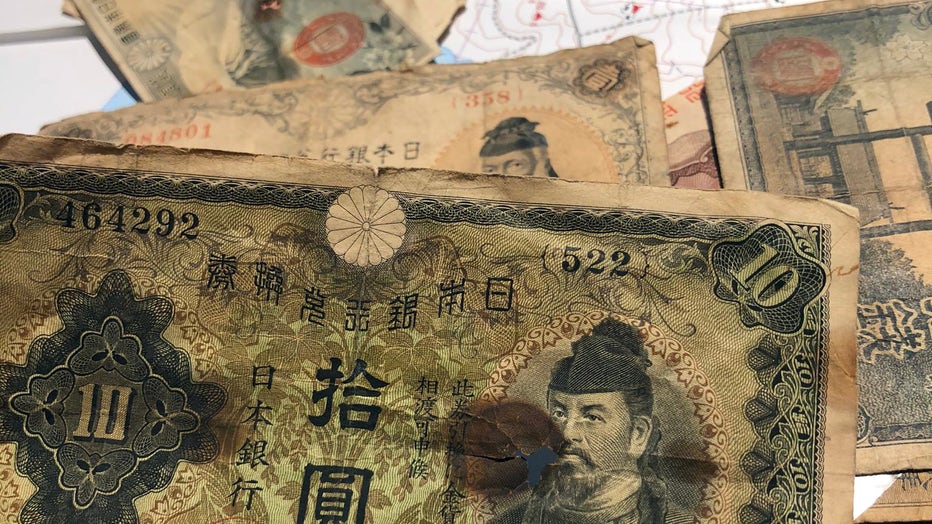 Ed Mahoney still has items he collected during the war.

And though, miraculously, Mahoney was never shot or wounded, many of his friends didn’t make it home.

"On each one of the islands, I lost my best buddy," he said. "On Bougainville and Guam and Iwo Jima – my closest buddies, I lost."

The bravery showed in Iwo Jima was unmatched – with more Medals of Honor awarded than any other single battle in American history. Nearly 30% of all Marine Corps Medals of Honor were earned on that battlefield.

Mahoney says, to this day, he knows it was more than luck that kept him alive.

"I was lucky, but the good Lord was with me all the way through," he said.

After the war, he came home and worked as a mechanic. He eventually retired from the Marine Corps and moved to Florida in 1958.

"I was lucky, but the good Lord was with me all the way through."

He still believes the Japanese were good soldiers who were well-disciplined, but the only reason the Allies won the war in the Pacific was because of superiority in firepower.

Col. Leonard Schroeder kept some very special boots in his Pinellas County garage. He wore them the day he led the charge that drove the Nazis out of France.