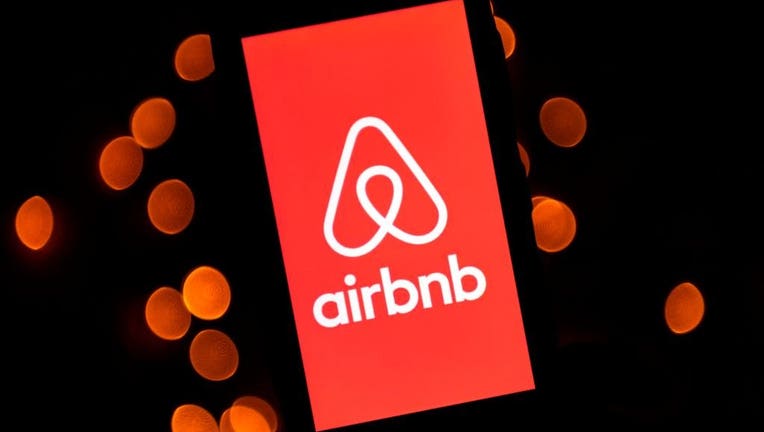 This illustration picture taken on November 22, 2019, shows the logo of the online lodging service Airbnb displayed on a smartphone in Paris. (Photo by Lionel BONAVENTURE / AFP) (Photo by LIONEL BONAVENTURE/AFP via Getty Images)

Airbnb said Monday that it’s reviewing reservations in the Washington, D.C., area ahead of next week’s presidential inauguration and will bar any guests associated with hate groups or violent activity.

The move comes as some city officials ask Airbnb, VRBO and other rental hosts to take down their listings until the Jan. 20 inauguration is over.

"There’s no way to guarantee that your guests are not coming to incite violence," Janeese Lewis George, a Washington city council member, said in a post on Twitter. "Please protect your neighbors and the District from more attacks."

Airbnb has had a policy of removing guests who are confirmed to be members of hate groups since 2017, when it blocked guests who were headed to a white supremacist rally in Charlottesville, Virginia.

Airbnb said it will warn all guests in the Washington region that it may bring legal action against them if they are members of hate groups or if they plan violent activities. It’s also telling hosts to call a hotline if they suspect guests are violating Airbnb’s policy.

Airbnb said it’s also banning from its platform anyone who engaged in criminal activity in last week’s riot at the U.S. Capitol. The company said it is cross-referencing arrest records to determine who should be removed. The company wouldn’t say Monday how many people it had removed so far.

The San Francisco-based home sharing company also said Monday that it won’t give political donations to the Republicans who voted against certifying the results of the election last week. Airbnb joined Marriott, AT&T and others in taking that stand.