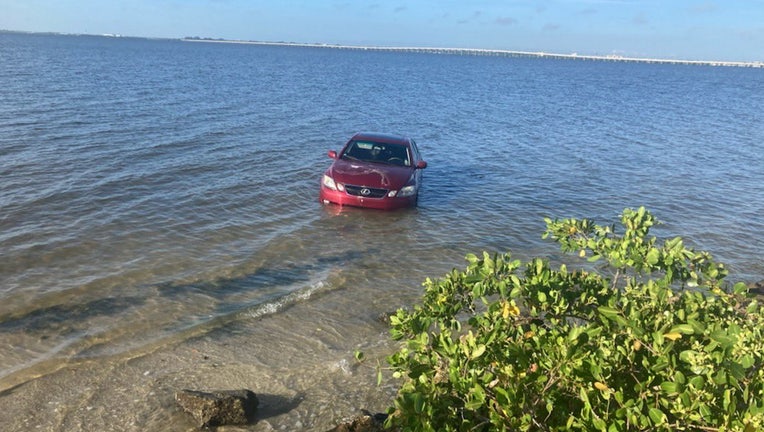 Back in June, Clearwater police posted photos of a car that had been illegally parked along the Courtney Campbell Causeway, only to become partially submerged by high tide.

"Someone decided to park this morning in an area where you’re not supposed to park along the Courtney Campbell Causeway and then went for a walk. Then the tide came in," police wrote on June 19, showing the blue Honda with water covering the front tires entirely. "A wrecker was waiting for low tide late afternoon to try to remove the car."

Other photos showed that the car had been parked in a habitat restoration area with "do not enter" signs posted.

Wednesday morning, police again posted a photo showing another car -- this time, a red Lexus sedan -- stuck in a similar predicament in the same location.

"This is what happens when you drive in an area off the Courtney Campbell where you shouldn’t be driving," police wrote. "It’s the second such incident in the last few weeks at that location."