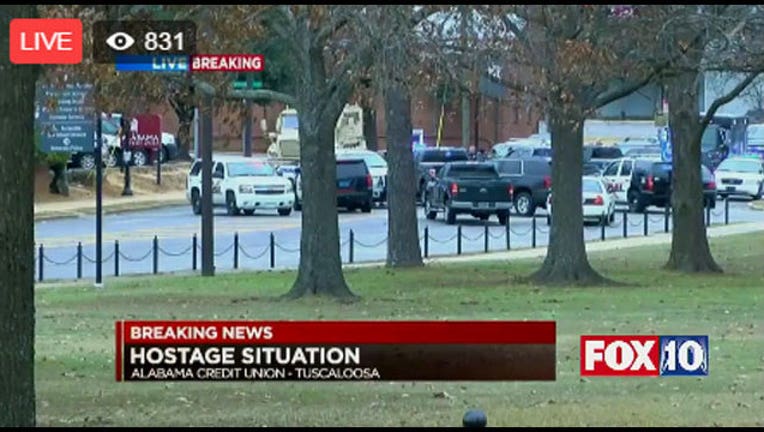 (FOX NEWS) - An armed suspect accused of taking as many as eight hostages at a credit union on the campus of the University of Alabama was under arrest Tuesday, police announced, as a standoff that gripped Tuscaloosa for hours came to an end.

It all started when a worker noticed somebody "irregular" inside the building and called the cops, Univ. of Alabama Asst. Police Chief Aaron Fowler said. It happened around 8:30 a.m., while the credit union was still closed.

This is a developing story. Stay with FOX News for updates.