ST. PETERSBURG, Fla. - St. Pete College is on the leading edge of training our next generation of police officers. The school's law enforcement academy has just unveiled a new virtual tool, training cadets to make quicker and better, life-saving decisions.

The VirTra is a 300-degree virtual training stage, one of only two in the state of Florida, and SPC's most recent class of police graduates is among the first to experience it.

"It's definitely intense," offered Emina Tabak, who was just hired by the Clearwater Police Department. "There's a lot to learn that you wouldn't otherwise know."

Jonathan Riesz, another graduate, has just been hired by the St. Petersburg Police Department. He says the 300-degree simulator helps remind him to be looking in all directions for anything and everything that could change the dynamic of a call he's responded to. 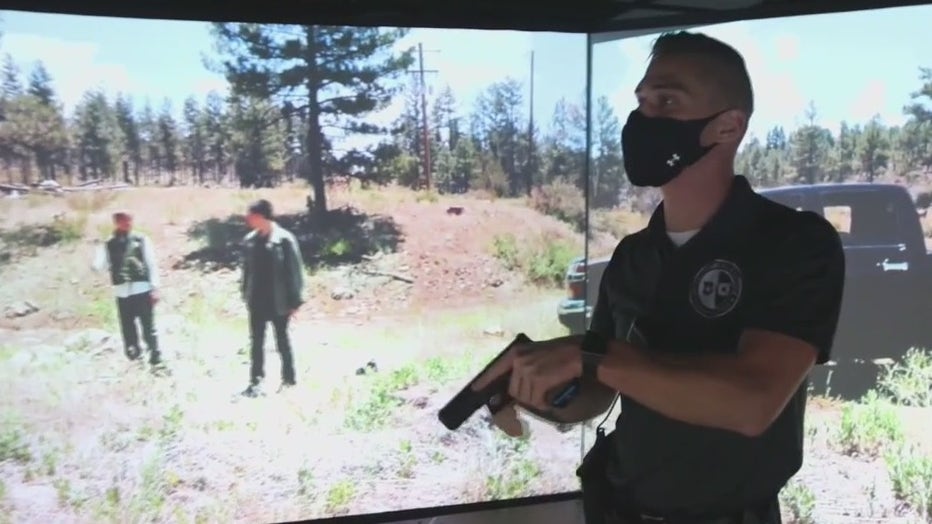 "If we're not engaged with what's going on around us and get tunnel vision, it can be a really tragic day," Riesz told FOX 13 News.

After a number of high-profile cases involving police and use of force, tensions are higher than ever in many communities. Kevon Mabonn was inspired to go into law enforcement by current events.

There are 250 different scenarios with the ability to add more. But what makes this simulator unique is that each has varying outcomes depending on how the recruit reacts.

They have scenarios for traffic stops, DUIs, mass shootings, and can even train officers to respond to school shootings. 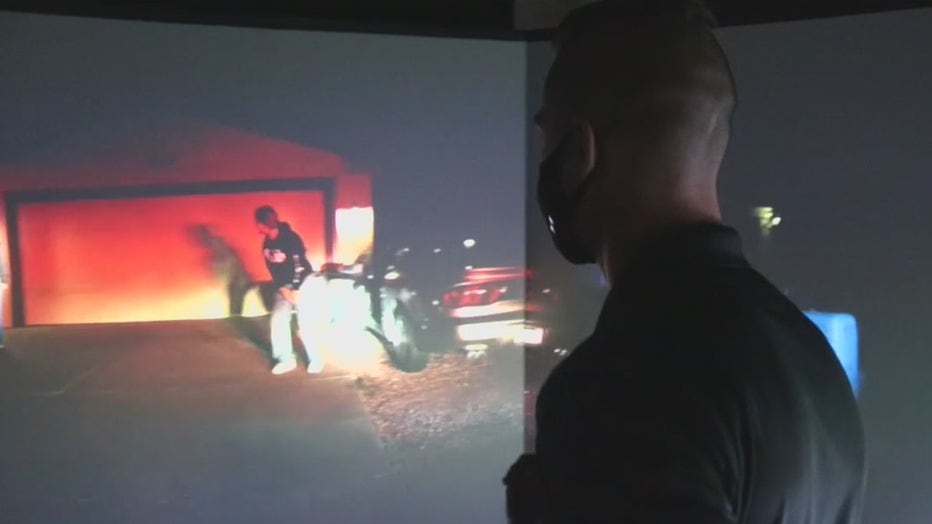 But VirTra goes far beyond teaching recruits when to shoot and when not to shoot. How the officer or recruit responds with their vocal commands and body language usually dictates how the scenario plays out. A program operator sitting nearby can choose between varying outcomes depending on how well the officer tries to talk the suspect down.

"This system encourages that dialogue with the citizen on the street, looking for de-escalation so they don't have to resort to use-of-force issues," explained Michael Dibuono who directs the program at SPC.

They let FOX 13 Anchor Mark Wilson give the simulator a try, first responding to a man with a knife. He charged at Mark and was on top of him before Mark decided to fire. In another scenario, Mark was backing up an officer who was holding someone down -- until another armed man threatened to charge his partner. Again, he hesitated.

"It was eye-opening because all I could think about at the time was making the right decision so I wouldn't get in trouble; not what was the best decision keep someone from getting hurt," Wilson said.

Dibuono says that's the new reality for police on the street today, facing situations where they don't have a reset button.

St. Pete College's law enforcement academy trains officers for 13 area police departments and they're expecting to train and place another 3,200 law enforcement officers locally in the next eight years.

LINK: Click here for more information on the SPC program

Editor's note: An earlier version of this story incorrectly referred to the system as using a 320-degree environment. This version has been corrected.