TAMPA, Fla. - For a Tampa woman, living through a pandemic is actually one of the first things she ever did. Now, at age 100, she's sharing her family's experiences from Spanish flu to scarlet fever to coronavirus, giving perspective on life during a pandemic, then and now.

At 100 years old, Lorena MacGregor has lived through some of the best and worst of times -- like war, economic depression, and sickness.

"My mother would take us and give us what medication they had in those days, not very much," MacGregor said. "We just struggled through with it. You're very lucky if you made it through."

In 1918, the Spanish flu was first detected in the U.S. Waves in the spring and fall of that year cut the average life expectancy by 12 years, according to the Centers for Disease Control. 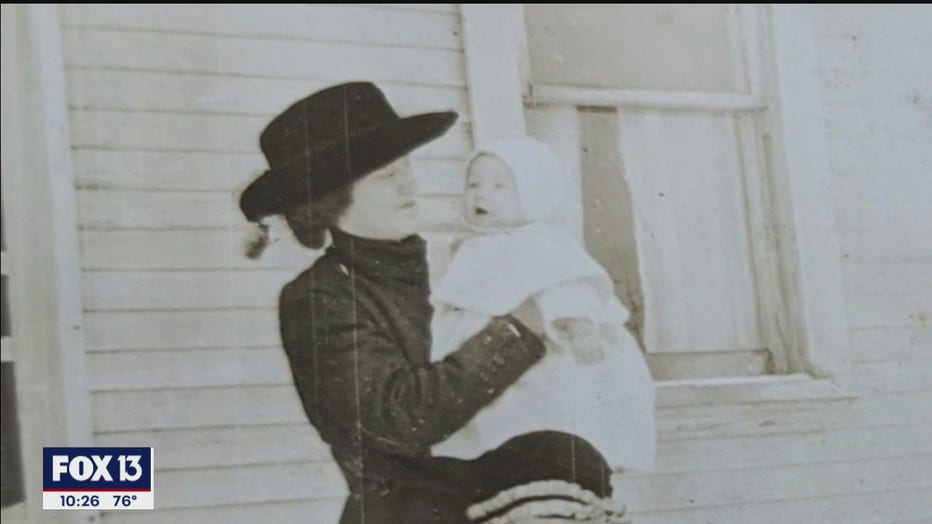 "I was very sick as a baby but I survived," MacGregor recalled. "I think I had the flu because that's when the bad flu epidemic was, during World War I."

Sadly, her father died of the Spanish flu just four months before she was born. It's estimated that about 500 million people, which was a third of the world's population, became infected. About 675,000 died from it in the U.S.

"They just didn't have medications you know, in those days, for it," MacGregor said.

"The houses were quarantined. Nobody could go in or out. They had to stay in," MacGregor said. "You had a rash so you knew you had something wrong."

As a widow, her mother provided for the family, working at a pharmacy while Lorena's grandparents looked after her and her sister.

"She taught me how to manage money," MacGregor said, "taught me not to let things get you down, that you can overcome everything."

As COVID-19 affects nearly every aspect of life as we know it, here's advice from someone who's seen a lot in the last century.

"You have to bear with it and don't let it get you down. And, do the best you can with what you have," MacGregor said.

MacGregor has a deep passion for literacy. She volunteers with a program that helps children who have difficulty reading. That's one thing she's looking forward to getting back to, once our current health situation is under control.