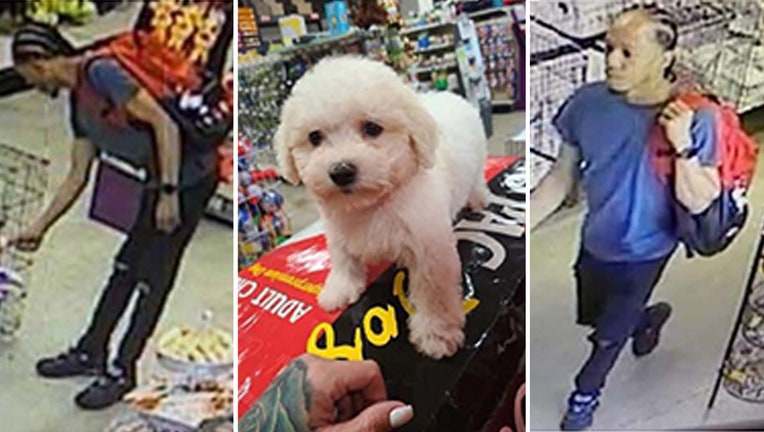 Provided by the Auburndale Police Department

AUBURNDALE, Fla. - A puppy worth nearly $2,000 was stolen from a pet store in Auburndale.

Police said the theft occurred Monday at the Pet World on Havendale Boulevard.

The suspect was seen entering the store and walking over to an area where puppies were inside a wire crate. Police said the unidentified man removed the security device that was on a Maltese-Dachshund mix, placed the pup in a red backpack, and walked out of the business.

According to the police department, the puppy is valued at $1,869.

Auburndale police said they believe the suspect is between the ages of 21 and 30. He is described as a Black man with black, braided hair. He was seen wearing a grayish-blue t-shirt, black pants and black shoes.

Police said after leaving the store he entered the passenger side of a silver Chevy SUV and left.