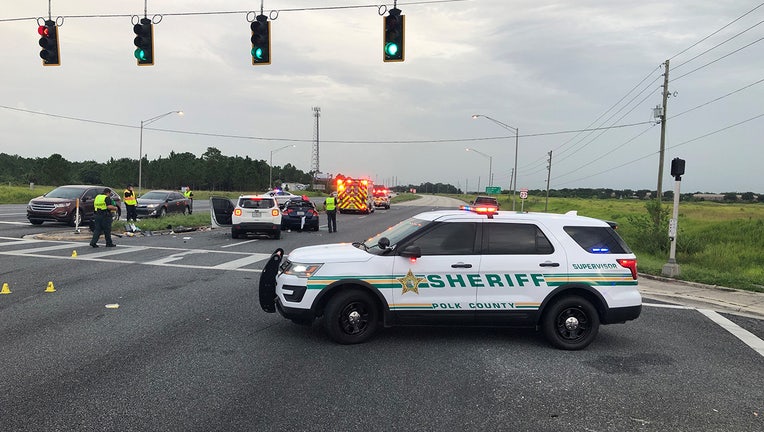 WINTER HAVEN, Fla. - Polk County detectives are investigating a two-vehicle crash that led to the death of an Auburndale woman and her 13-year-old grandson.

Officials said the crash occurred at the intersection of U.S. Highway 27 and Cypress Gardens Boulevard in Winter Haven around 6:35 p.m. Monday. When first responders arrived, they said they found 45-year-old Tanya Chewning and 13-year-old Curtis Handshoe deceased inside of a vehicle.

Polk County deputies said Chewning stopped at a red traffic light in a 2008 blue Honda Civic on Cypress Gardens Boulevard in the left turn lane to head north onto U.S. 27. When the signal turned green, she began driving and crossing over the southbound lanes of U.S. 27.

Around the same time, deputies said the 44-year-old driver of a 2020 white Jeep Renegade was heading south with her 1-year-old granddaughter inside. They said she failed to stop at the red traffic light and struck the Honda on the driver's side.

Both occupants inside the Jeep had minor injuries, officials said.

According to the sheriff's office, Handshoe was a student at Stambaugh Middle School in Auburndale.

Deputies didn't specify who may or may not have been wearing a seat belt. No charges were filed, but they said they will continue investigating the deadly crash.