RAW: Backseat Tesla rider at it again with a brand new set of wheels

In this raw video clip, KTVU's Jesse Gary speaks with Param Sharma Wednesday to hear why the 25-year-old continues to ride around in the backseat of a Tesla with no one behind the wheel.

SAN FRANCISCO - The San Francisco man infamous for posting social media videos as he rides in the back seat of his Tesla with no one behind the wheel is at it again. He committed the same crime shortly after being released from jail.

Param Sharma met KTVU's Jesse Gary in San Francisco Wednesday afternoon, not far from his mother’s high-rise apartment. After getting out of jail on two counts of reckless driving, he pulled up sitting in the back seat of a Tesla with no one in the driver's seat.

When asked if he purchased a new Tesla after the previous one was impounded he said, "Yeah, I’m rich as (expletive). I’m very rich."

Sharma is either committed to the cause of self-driving vehicles or soon to cause a catastrophe.

On the first day of freedom from Santa Rita Jail, the 25-year-old went to a Tesla dealership and bought a new car. And by the afternoon he was demonstrating how quickly he can move from behind the wheel to a back seat rider. 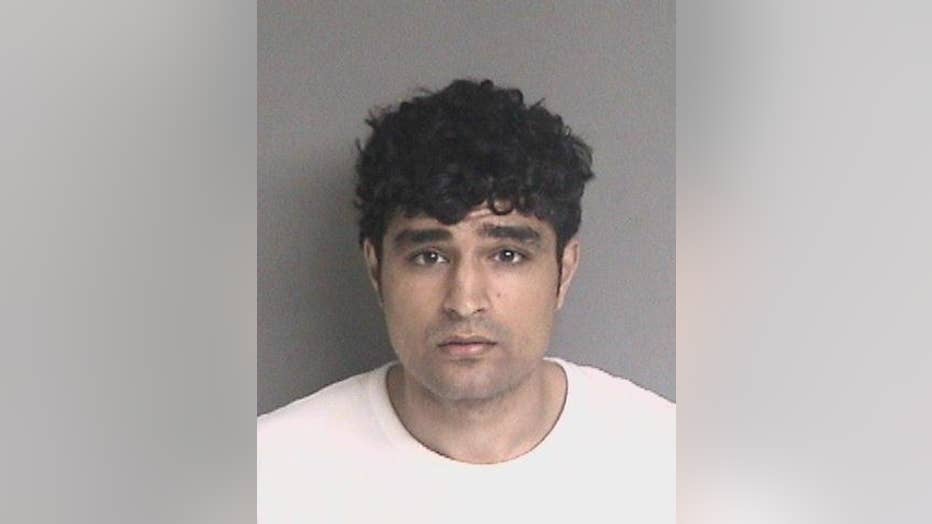 As he slithered from the driver’s seat to the right-rear passenger seat he said, "I feel safer back here than I do up there."

California law stipulates that cars with autopilot assist features must have someone behind the wheel while driving. Experts have said relying totally on tech can be dangerous.

"There are 2,500 people that die or get seriously injured every year in the Bay area, on our roads. And it’s just the height of irresponsibility," said Nick Josefowitz, chief of policy for SPUR.

Backseat Tesla driver gets out of jail, buys new Tesla and does it again

KTVU's Jesse Gary spoke with Param Sharma Wednesday after he was released from Santa Rita Jail. Sharma says after his first car was towed away by CHP, he purchased a brand new red Tesla Model 3 to do it again.

Tesla is still developing Level 5 fully autonomous vehicles. There have been several high-profile fatal accidents involving its self-driving mode, including one in Mountain View in 2018.

The California Highway Patrol arrested Sharma for the second time in as many months Monday after cellphone video surfaced of him riding in the back seat on Interstate 80.

"In any instance where people are breaking the laws, it might lead to injuring other law-abiding citizens on our roadways," said CHP Officer Custodio Lopez.

"What I think you’ll see is his first court date is the judge give him a very stern warning and say, ‘You are not to drive unless you’re in the driver’s seat of your vehicle. And if you do, we’re gonna put you back in jail,'" said Steven Clark, a Santa Clara County-based legal analyst. In response, Sharma said, "I’ll just get a new Tesla every time. I have unlimited money to blow on Teslas. If you take my Tesla away, I will get another Tesla."

Sharma’s next court date is set for July 6, at which time he said he’ll plead not guilty.