EASTPOINT, Fla. - In 2018, fires wiped out dozens of homes and businesses in the north Florida town of Eastpoint on the Apalachicola Bay. The state government ordered a controlled burn they could not control.

Then by 2019, the victims learned state lawmakers had weakened protections for fire victims -- making it harder for the families to recover.

By the end of 2020, COVID-19 took off, making the area among the hardest hit in the nation. Around one in nine residents was infected.

The Apalachicola Bay was the primary source of Florida’s oyster industry, at one point producing 90% of the state’s supply. But the fishermen knew they were in deep trouble when we met them before the pandemic.

Florida is spending a fortune on a legal battle to help our state's oyster industry, but some oyster fishermen say the state is wasting our money on a flawed strategy.

The growing population of Atlanta is sucking much of the water out of Florida's river systems before it reaches the Sunshine State. Then, as the rivers flow south from Atlanta, southern Georgia cotton and peanut farmers suck up even more.

"It would be decimating if we were cut off, OK," said South Georgia farmer Murray Campbell.

As the flow of fresh river water from Georgia is drying up, saltwater from the Gulf is flooding into the Apalachicola Bay, altering the food web and wiping out the oysters. 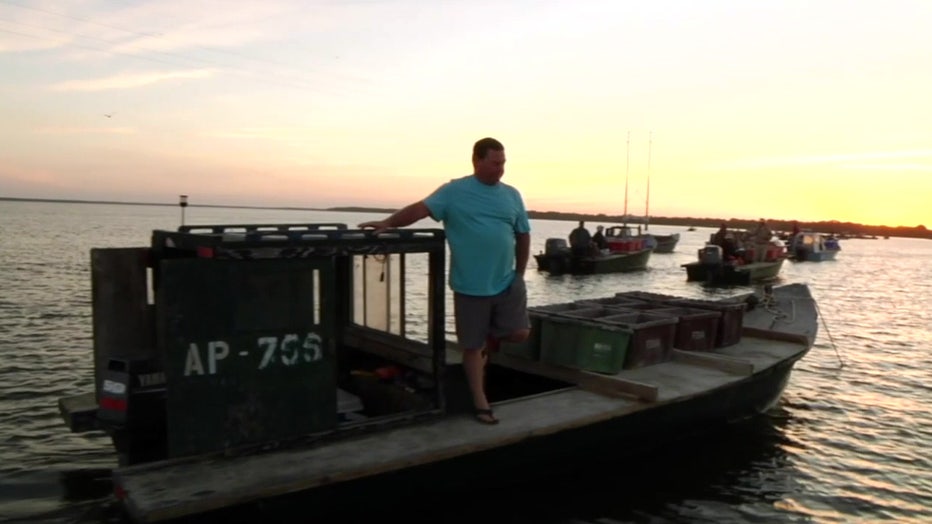 The state spent years fighting with Georgia in court over that. The latest battles cost state taxpayers more than $50-million in legal fees.

But the courts sided with Georgia as the Florida oysters continue to dwindle. And the Apalachicola Bay, which turned out around 3 million pounds of oysters 10 years ago, produced just 21,000 pounds last year.

The feds declared the natural fisheries a disaster. And now, in another crippling blow, the state is banning oyster harvesting in that bay for the next five years.

"It breaks my heart": Florida shuts down bay known nationally for its oysters

Because of a dwindling oyster population, FWC is shutting down oyster harvesting in Apalachicola Bay through the end of 2025.

"It’s something that I understand why we are saying a five-year time horizon. I just think that should be the outside edge of our closure,’ explained Mike Sole, the commissioner of the Florida Fish and Wildlife Conservation Commission.

It’s part of a broader plan to try to restore the oyster populations over time. State wildlife officials say they could lift the ban before five years, but there are no guarantees.

"So, if we achieve success sooner, and hit our target goals to allow for harvesting before five years, we certainly would be bringing that back," offered FWC’s executive director, Eric Sutton.

Florida and Georgia have been fighting over access to fresh water for decades.  And now Florida fishermen are paying for it.

Meanwhile, it’s burning state taxpayers who spent a fortune on failed lawsuits. And it’s presenting lessons for state leaders as they try to recover the oysters and help the community heal.

The legal battles with Georgia have not gone Florida’s way but they are still ongoing. The U.S. Supreme Court is expected to issue a final ruling around June of 2021.