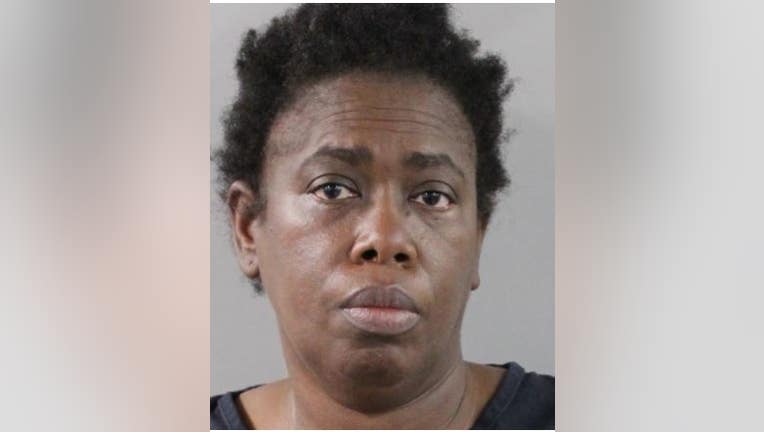 BARTOW, Fla. - While investigating an anonymous tip, one dog was found dead inside its kennel with no food or water, and two others were severely underweight, leading to the arrest of a Bartow woman.

Polk County deputies said they arrested 52-year-old Dashong Bonner on Thursday. When they arrived at her home on 9th Avenue, they found "the worst case of animal cruelty they’ve encountered in a very long time," according to a statement by Sheriff Grady Judd.

The first dog, named Mocha, is a brown female pit bull terrier that was located in a wire kennel with no plastic floor. Instead, deputies said the floor was covered in feces.

Inside the kennel, they said there was a half-eaten plastic dog food bag and pieces of plastic the dog digested and passed with its feces.

"The dog could barely stand and was carried to the animal control transport vehicle at the scene," according to the sheriff’s office. 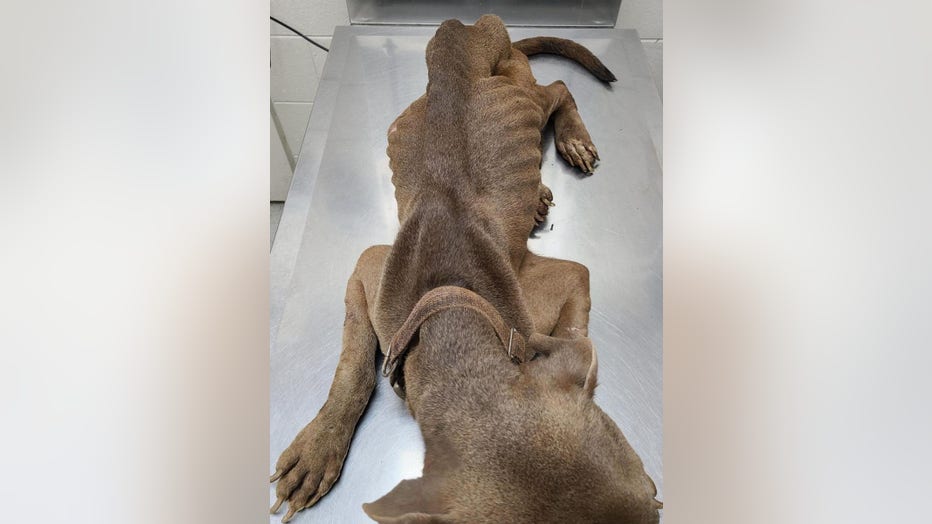 A Polk County Animal Control veterinarian said the dog had a body condition score – the pet-version of the human BMI – of 1, meaning it was completely emaciated. The dog also had heartworms and hookworms. Officials said the dog was anemic and weighed only 24 pounds.  Mocha appeared to be five years old.

"This dog suffered repeated pain trying to stay alive eating a plastic dog food bag," the sheriff’s office said. "The dog was unable to escape the wire kennel and attempt to hunt for food or water."

The second dog’s name is Caramel, a tan Cur mix female dog. Deputies said it was found roaming in the yard and was several underweight. 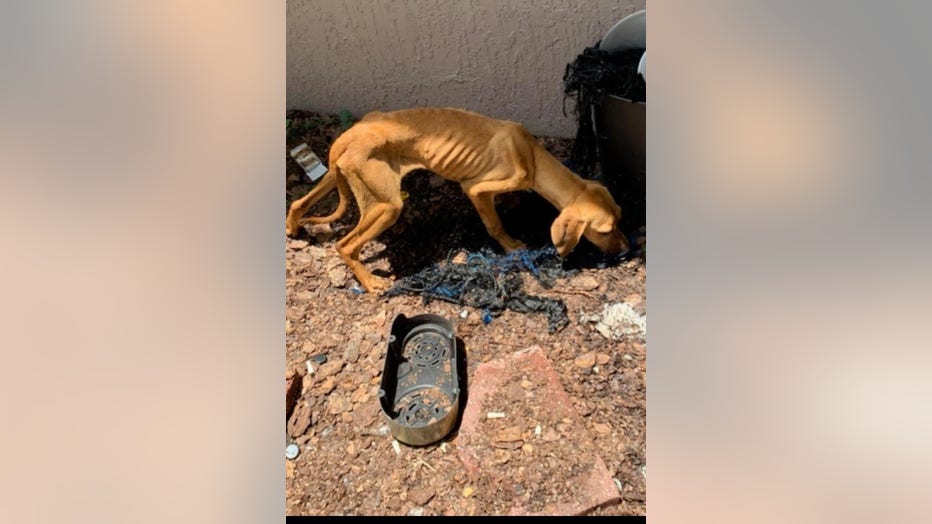 The veterinarian said the dog had a body score of 2 and weighed 22 pounds. It appeared to be only a year old. The dog had hookworms, whipworms, and heartworms.

Deputies said it was denied proper food, water, and care. 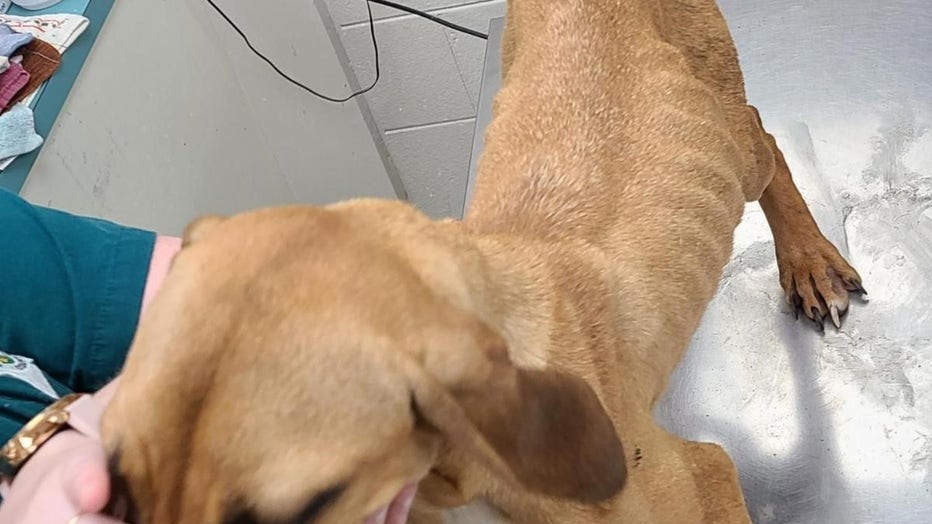 The third dog, named Buster, a tan Cur mix male dog, was found dead inside a wire kennel on the back porch.

"The dog had no visible fat on its body and appeared to be skin and bones," the sheriff’s office noted. "The dog clearly suffered a cruel death by starving to death inside a wire kennel with no food or water, and no way to escape to hunt for food or water. The floor of the kennel had one small piece of very dry feces in it indicating the dog had not had any food over an extended period of time." 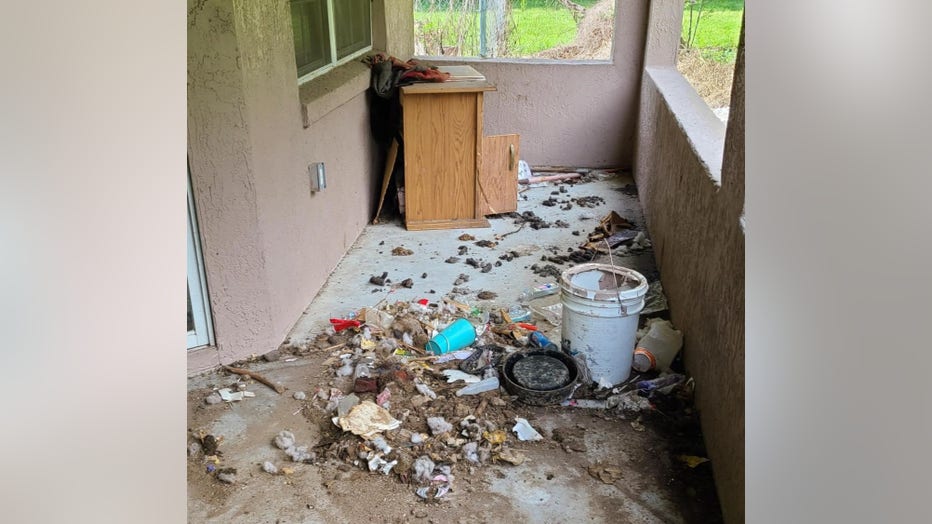 Bonner was located inside the home and surrendered ownership of the dogs. Deputies said the suspect told them her ex-husband gave her the dogs and she bought a bag of dog food a few weeks ago and on Monday.

Deputies said when they asked her the last time she observed or fed the dogs, she said, "I don’t know."

"When asked who is responsible for feeding and watering the dogs she stated she tells her kids to when she remembers to tell them," the sheriff’s office said.

Deputies said they showed her where the dogs were located and the conditions they were living in. They stated, in response, Bonner said she wasn’t aware that part of the home appeared that way and didn’t know one of the dogs was dead.

"When asked if she could smell the odor of the feces and the area where the dead dog was located she stated she was not home much and did not smell it," deputies said.

"Our Ag Crimes detectives and Animal Control personnel have seen some pretty awful things, but this is the worst case of animal cruelty they've encountered in a very long time," Grady said in the statement. "These dedicated men and women are working around the clock restoring health to these two severely neglected dogs. It's a shame we didn't get there in time to save them all. We appreciate the anonymous citizen who saw something, and said something."