A portion of the roof of the Lake Wire Inn was ripped away during Sunday's storms.

The Lake Wire Inn in Polk County lost a portion of its roof as severe storms blew through the area on Sunday.

Guests at the two-story motel said they felt the windows shake around 11:30 a.m. When they looked outside they saw the patio furniture near the pool blowing around and they began to hear a whistling sound. That’s when they noticed a portion of the roof being ripped off.

The motel says three rooms suffered significant water damage, but nobody was injured. 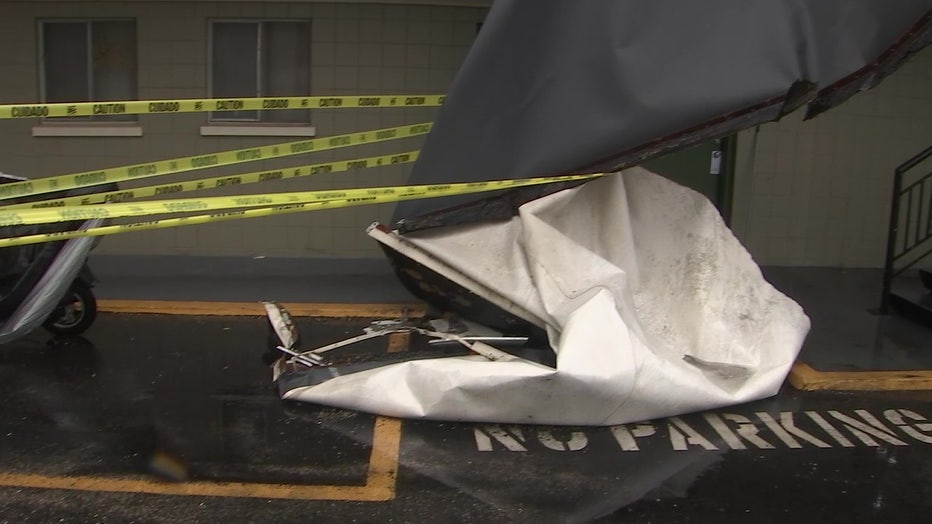 Damage to the Lake Wire Inn

In Pinellas County, the storm damaged a portion of the roof of Rum Runners in Palm Harbor. The rain also forced the baseball game between the Angels and the Blue Jays to be rescheduled. The teams were supposed to play in Dunedin on Sunday and the game will be made up as part of a split doubleheader on Tuesday, August 10 in Los Angeles at Angels Stadium.

Over in Hillsborough County, the severe storms forced several COVID-19 vaccination sites to close in Tampa. Those sites will reopen on Monday. 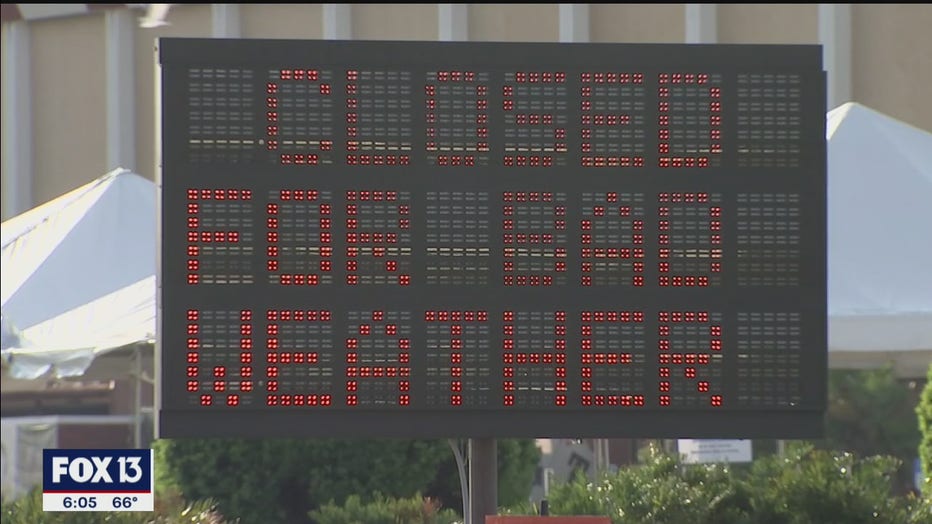 Busch Gardens also closed its park at 3 p.m. on Sunday due to the weather. The theme park announced it plans to reopen at 10 a.m. on Monday.

The Pasco County Sheriff’s Office tweeted that east and westbound lanes of State Road 52 were closed on Sunday at US 41 due to downed power lines.

Sunday’s storms came less than 24 hours a batch of severe weather moved across the Bay Area on Saturday evening. Those storms injured one person and damaged 20 homes in Manatee County. 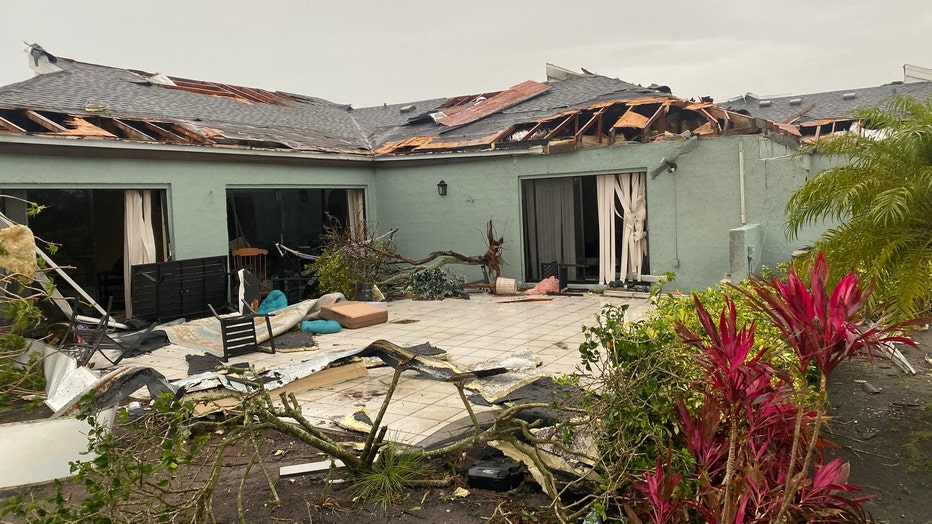 FOX 13 meteorologist Tyler Eliasen said the winds, at times, reached 60-70 miles per hour, which produced some of the damage reported across the area.

He added that the Bay Area got between 1-3 inches of much-needed rainfall during a typically dry season. Some area got more rain this weekend than they typically get the entire month of April.

Eliasen says the strongest of the storms cleared the Bay Area by Sunday evening. He said we may get a stray storm overnight, but things have quieted down and it should be sunny by Monday afternoon.