TAMPA, Fla. - It’s feeling a lot like Christmas here in the Tampa Bay area, at least in terms of the temperature.

In fact, before sunrise, temperatures were in the high 40s, whereas, up in Boston, they were experiencing temperatures in the 50s.

"This is kind of interesting. Typically, you expect it to be colder in places like in New York and Boston. It’s 57 there right now. They’re going to be in the low 60s this afternoon," says FOX 13’s meteorologist Tony Sadiku. "They have a warmer Christmas than we do here in the Tampa Bay area." 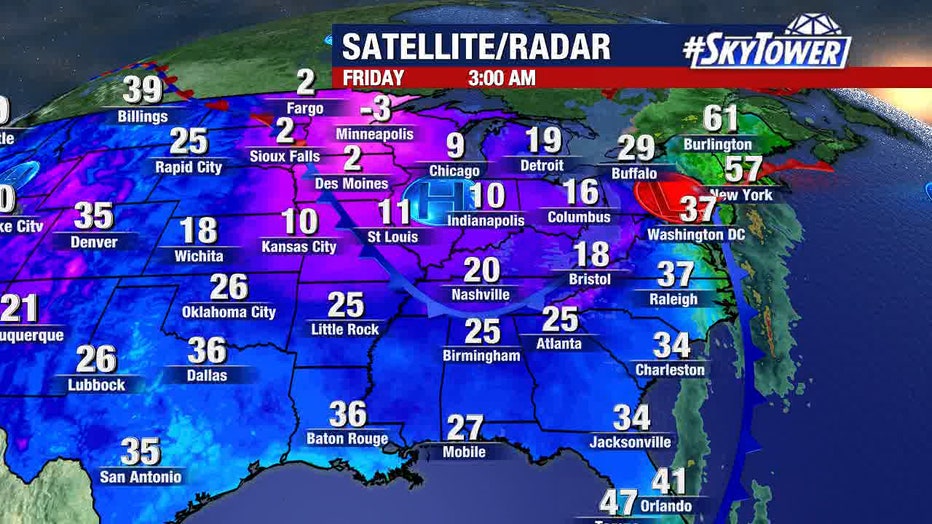 A cold front swept through the Bay Area on Christmas Eve bringing in a line of storms. It led to a drop in temperatures overnight. The high temperatures for Christmas Day will be in the upper 50s. Temperatures will drop to the 30s at night, which will be our coldest since January.

"It’s going to be a big difference from the mid-70s we had yesterday," Sadiku explained. "I hope you got a chance to enjoy some of that warmth. There’s none of that today." 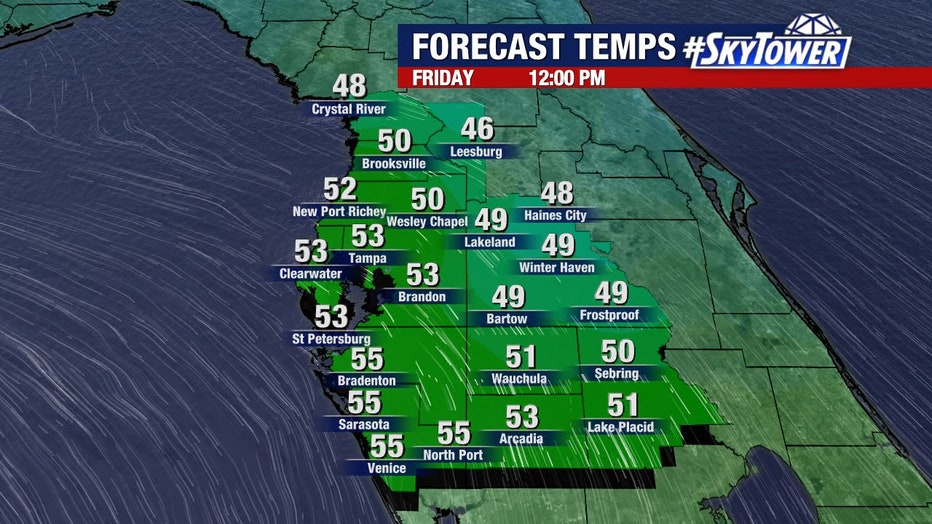 But wait, it will get even colder this weekend.

"I can’t rule out the clouds staying present for the day. It’s not going to be a mostly cloudy day…with rain generally out of the forecast," Sadiku said. "Then, the skies will clear, which will allow for those temperatures to fall even more tomorrow morning."

Freeze warnings have been issued for Hernando, Citrus, and Sumter counties, as well as inland Pasco County from midnight to 9 a.m. Saturday. 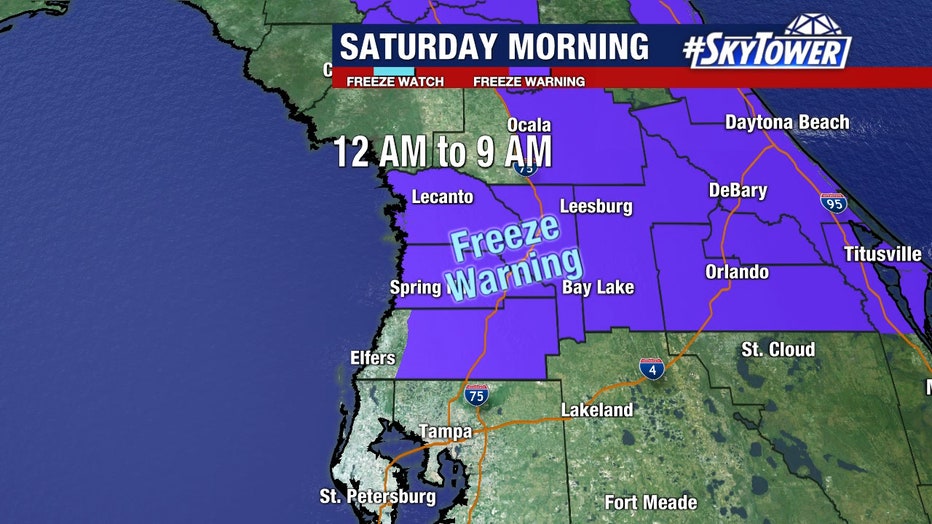