Carson King, the 24-year-old football – and beer – fan donated a check for more than $3 million to the University of Iowa Stead Family Children’s Hospital.

On Friday, the 24-year-old football – and beer – fan donated a check for more than $3 million to the University of Iowa Stead Family Children’s Hospital, after he accidentally began raking in donations in September.

King, from Iowa, made headlines earlier this month after appearing on a taping of ESPN's "College Gameday" at Iowa State University, where he held a sign explaining that his “Busch Light supply” needed replenishing and included information on how to send him money through Venmo, Fox Carolina reported.

After receiving thousands in donations for his beer “supply,” King admitted that he never thought his message would reach as many people as it did, and instead decided to gift the donations to the children’s hospital.

Venmo soon caught wind of King’s charitable efforts, and tweeted that King could “count us in” to match the donations he raised. 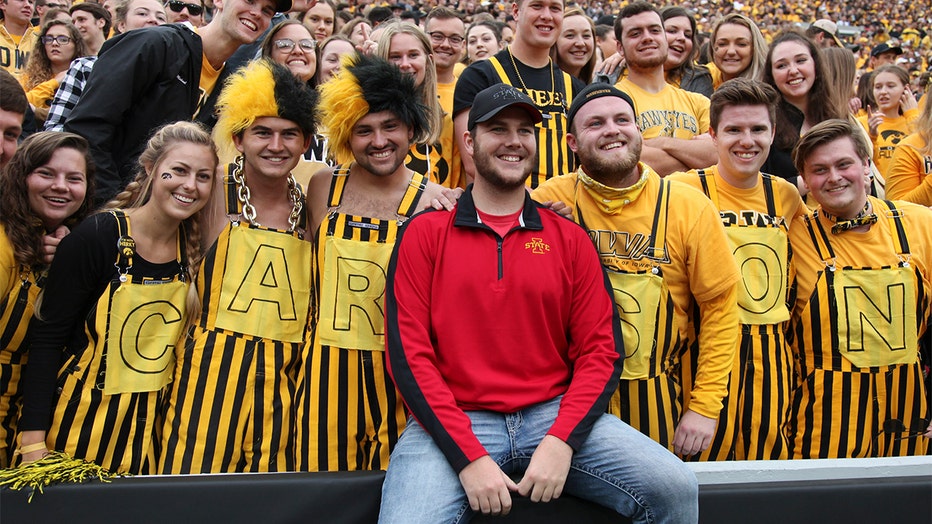 Carson King, of Altoona, Iowa, interacts with fans during the match-up between the Iowa Hawkeyes and Middle Tennessee Blue Raiders, Saturday, Sept. 28, 2019, in Iowa City, Iowa.

Anheuser-Busch found out as well, and decided to join the effort before cutting ties with King over offensive jokes he tweeted when he was 16 — jokes that King apparently based on something he saw on Comedy Central’s “Tosh.0” series. (King later apologized, saying he was “embarrassed” by the content of the tweets.) Busch confirmed to Fox News that it had later donated over $920,000 to match the contributions raised by King, and that the Busch Light distributors of Iowa had also chipped in.

Approximately 10 days after he appeared on “College Gameday,” Iowa Gov. Kim Reynolds also announced that Saturday, Sept. 28, 2019, was to be known as "Carson King Day" in the midwestern state.

The donations solicited by King won’t stop there, though. Last week, King was approached by the National Bobblehead Hall of Fame and Museum, which wanted to begin selling a “Carson King” bobblehead and inquired about a partnership. King was surprised, but turned down any offer to profit from the dolls.

“We offered to split it however you want,” said Phil Sklar, the National Bobblehead Hall of Fame and Museum co-founder and CEO, in a statement to Iowa’s Gazette. “He wants it all to go to the hospital.”