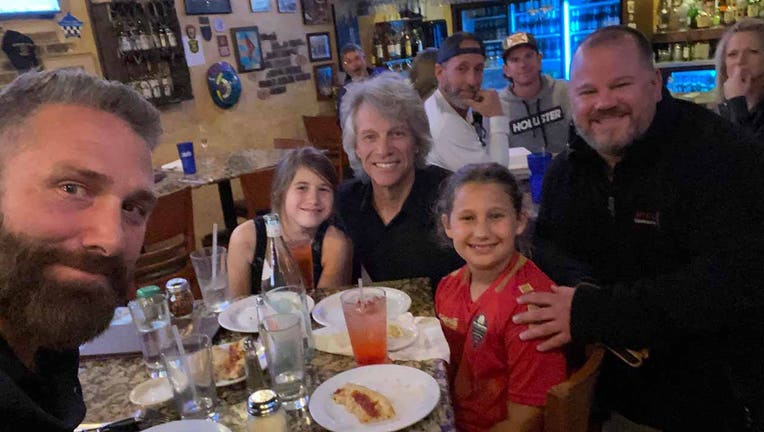 NEW PORT RICHEY, Fla. - When Bon Jovi walked into a Pasco County restaurant, it was now or never for one local resident.

On Thursday night, Regan Weiss was having dinner with two daughters and business partners at Taso Italiano, located on Little Road in New Port Richey.

"It was really cool. He took the time to go around the restaurant on his way out, which was really neat," Weiss recalled to FOX 13. "Obviously, everyone was enamored by this guy. It’s Bon Jovi."

READ: Chop down your own Florida-style Christmas tree at this Pasco farm

At one point, Weiss made eye contact with the famous singer and made a request.

"I asked, ‘Do you mind taking a photo with my daughters?' He’s like, ‘Yeah no problem.’ He actually took the effort. He said, ‘Let me get behind him, so you can get a better photo,'" he described.

Weiss snapped the selfie shot, and other restaurant patrons eyed the camera during the once-in-a-lifetime snapshot.

"Then he said, 'Merry Christmas, girls. Have a good night," he said. "It was really nice."