The 23-year-old New York native is wanted on debit card fraud charges and has been named a person of interest in connection with the death of his 22-year-old fiancée, Gabby Petito, whose remains the FBI uncovered at a campsite in Wyoming on Sept. 19. That marked eight days after her mother reported her missing and more than two weeks after Laundrie allegedly showed up at his parents' home in Petito's van – without her.

Although there have been conflicting reports regarding the extent of his skills as an outdoorsman, he has a history of spending lengthy periods of time at state and national parks.

RELATED: Where is Brian Laundrie? Report of possible sighting on the Appalachian Trail

It’s the wrong time of year to start heading north on the Appalachian Trail from its southern tip in Georgia, according to trail guides, but the stretch along the North Carolina-Tennessee border could be an ideal place to hide out. Even though it’s nearing the end of the southward season, with thru-hikers who started up in Maine nearing completion, the trail meanders its way along the state lines in places far removed from major towns.

The Laundrie family attorney, Steven Bertolino, described Brian Laundrie as "a backpacker" and pushed back on claims that he was a skilled survivalist.

But there have also been a series of reported possible sightings of Laundrie along or near the lengthy stretch of the Appalachian Trail where it crisscrosses the state line between North Carolina and Tennessee.

"The southern and northern extremes of the trail are the areas where you really can just hunker down and get lost out there," said Orlando Calas Jr., a 23-year-old thru-hiker who has completed the entire trail.

Fresh water is plentiful, he said, as long as you have a basic filter. And although food could be more difficult, it’s still available.

"It’s extremely difficult to do even if you have support," he said. 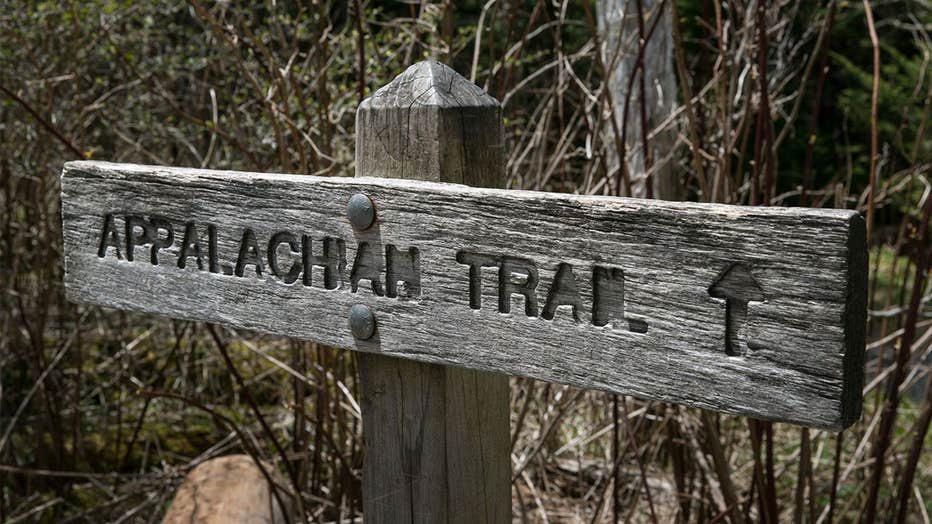 A trail sign at Clingmans Dome, a major scenic viewing point along the Appalachian Trail, on May 11, 2018, near Cherokee, North Carolina. The Great Smoky Mountains National Park straddles the Tennessee and North Carolina borders in the heart of the A

Calas had help during his trip – setting out with a cousin and joining with other travelers they met on the trail. His father also followed their progress in a vehicle, assisting when they needed food and water or anything else. When they needed to take a break from the trail, known as a "zero day," he picked them up and drove them to hotels.

"I consider it one of the hardest things I’ve ever done, just because of the amount of physical and mental fortitude you have to have to be able to complete it," he told Fox News. "It’s draining – just miles and miles of walking, dealing with falling, dealing with bad weather."

With that kind of help, Calas rated the trail an eight on a scale of one to 10, with 10 being the most difficult.

Without that support system, he said, "it would be at a 10, easily."

Still, it’s doable he said. Fishing and hunting are viable means of finding food in the area, he said, and there is an abundant supply of food to forage.

"There’s definitely enough wildlife out there, and so many berries," he said.

Volunteer groups also help hikers with food, shelter and transportation along the way – but Calas said word has probably spread up the entire trail by now and people are likely on the lookout for someone matching Laundrie’s description.

"They do a good job notifying hikers of what's going on on the trail," he said. "What areas to avoid, whether there might be a suspicious person or a wildfire. So there's a network of people that are dedicated to letting hikers…or even Trail Angels know what dangers are happening around the Appalachian Trail."

Calas, who is from Florida, also said the terrain of the Appalachian Trail is much different than hiking flat areas in the Sunshine State.

"It’s all flat – you really can’t compare it," he said. "Just dealing with humidity and cold rain just soaking through all your gear, and dealing with actual elevation changes as opposed to hiking on a boardwalk in the Everglades."