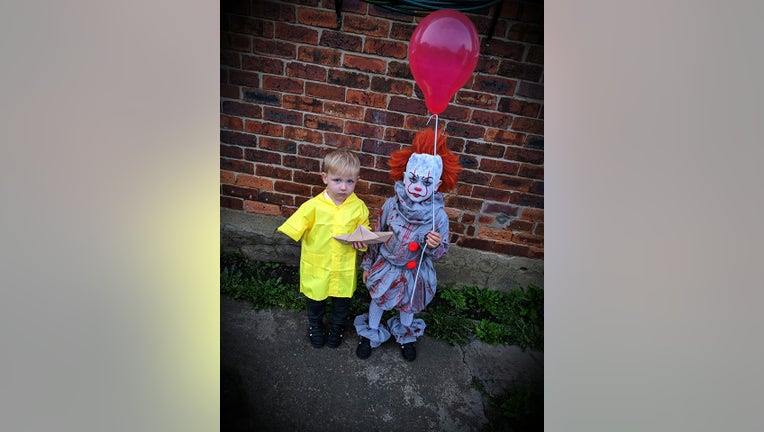 A British mom has transformed her two sons into characters from Stephen King’s It in anticipation of Halloween.

Amyleigh Harrison, from Doncaster, shared a photo to Facebook on October 11 of her two little boys dressed up as Pennywise and Georgie from the popular horror franchise.

According to LadBible, her eldest son’s Pennywise costume cost less than £25 to put together. She used leftover makeup from last Halloween, and ordered a wig and outfit from Amazon.

“It’s a bit early for Halloween but he wanted to try it on as soon as it arrived so I thought I’d get a quick snap of him in his costume, and yes, he will be wearing it again on the day,” she said.