Dad of Buddy Baseball player excited for a new field

Rich is the father of Alex, who is confined to a wheelchair, but loves baseball. He says as a parent with a child who has special needs he understands the need to find normalcy in life. He says he found that with baseball, and is happy with the new synthetic turf field -- making baseball more accessible to everyone.

TEMPLE TERRACE, Fla. - It was nothing but smiles and cheers of “Play ball!” at Lewis Elementary School on Monday morning.

Buddy Baseball is an organization for boys and girls with special needs to play baseball with a “buddy.” It’s been around for 11 years and first started with six teams. Now, there are 20 teams with over 300 blocks – 150 players and 150 buddies.

But, playing on a dirt field could be tough, said Rich, whose son uses a wheelchair.

“On a regular field with that soft clay…it’s not easy with this big, ol’ wheelchair,” he explained to FOX 13. “It’s a lot of weight to push.”

That all changed Monday when players, buddies, families and community members were introduced to their brand-new, synthetic turf field. It’s on the property of Lewis Elementary. Together, they counted down from 10 before cutting a ribbon for the field’s debut. They cheered, with one child running through where the ribbon was previously held. 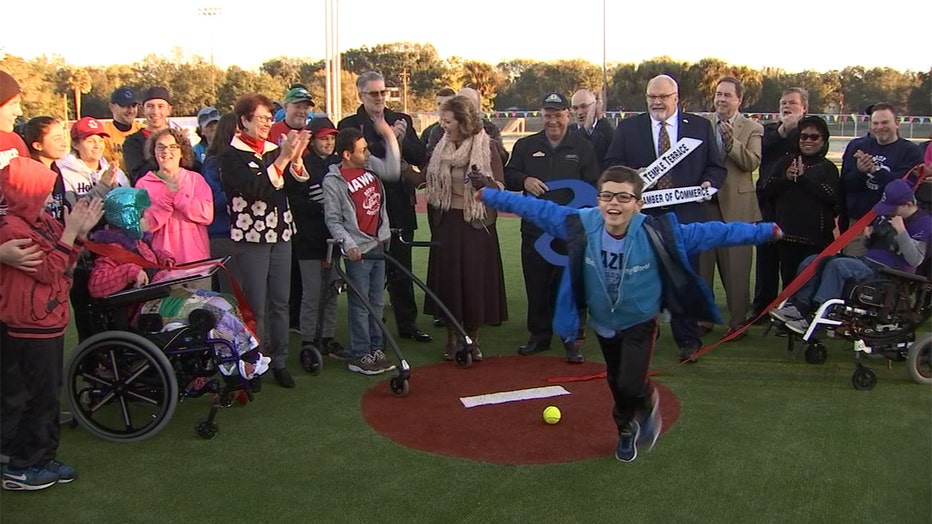 The field is now ready-to-go and is accessible to everyone.

“This is wonderful,” said Russ Oberbroeckling, the executive director for Buddy Baseball. “We’re so excited -- so are all the kids.”

He said while the program looks great on paper, it’s not until one of the children hits a baseball and you see their face light up, that you can under the purpose.

“You can explain it as much as you want, but you don’t get it until you see it,” Russ said. “It just brings joy, not only just the players, the buddies, the family – the whole community.” 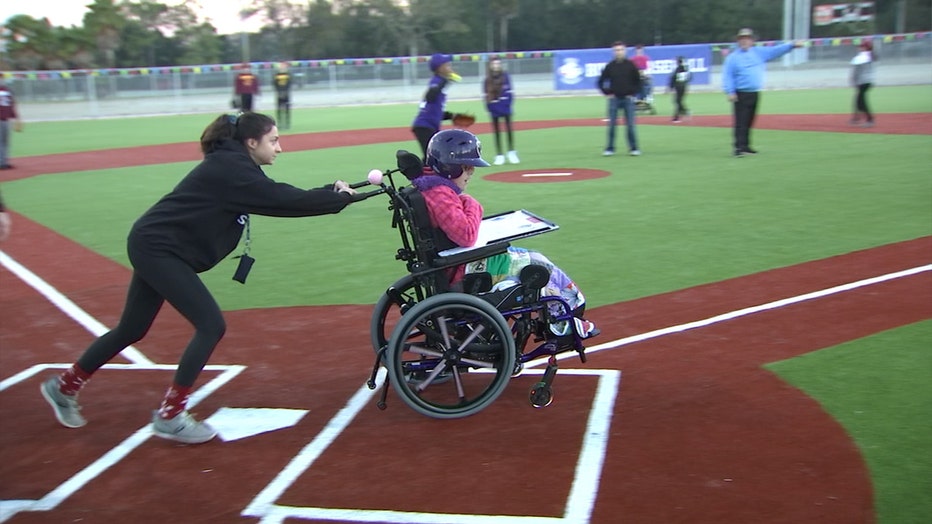 The buddy-player relationship doesn’t just stay on the field. For Rich, he said his son, who joined the program when it launched in 2009, has remained in touch with his buddies from over the years – even the ones who left the area for college.

“Alex makes a friend for life,” he said. “For all the parents who have disabled kids, I know one thing you always search for in your life is normalcy…and there’s nothing more normal than being out, playing baseball. No matter how severe your child’s disability may be, I would encourage you to get ahold of…Buddy Baseball because it’s a fantastic opportunity to just get out and be a part of the community. It’s all about the kids having fun.” 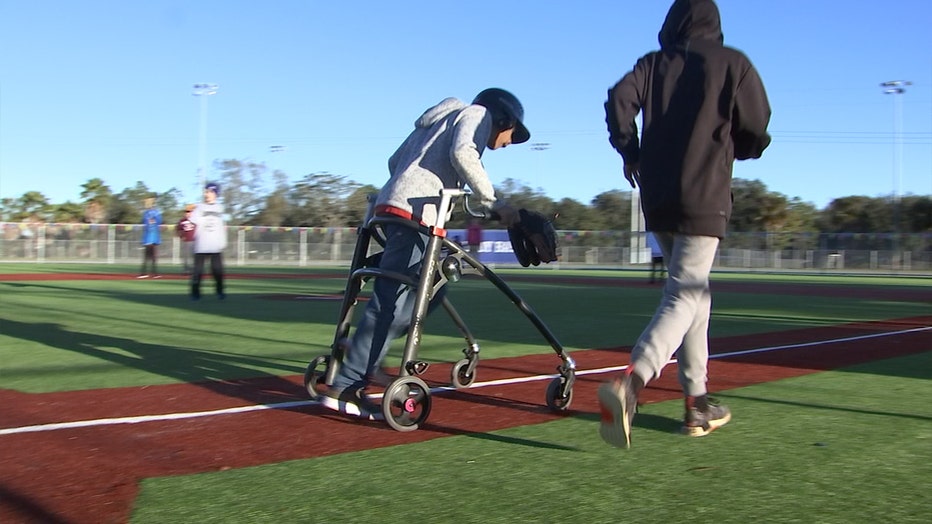 With the new turf, it makes that fun much easier.

“This field, it’s nice and smooth. It’s like playing on carpet,” Rich described. “You can get Alex going as fast as he wants to go.”

LINK: For more information, head over to buddybaseball.org.