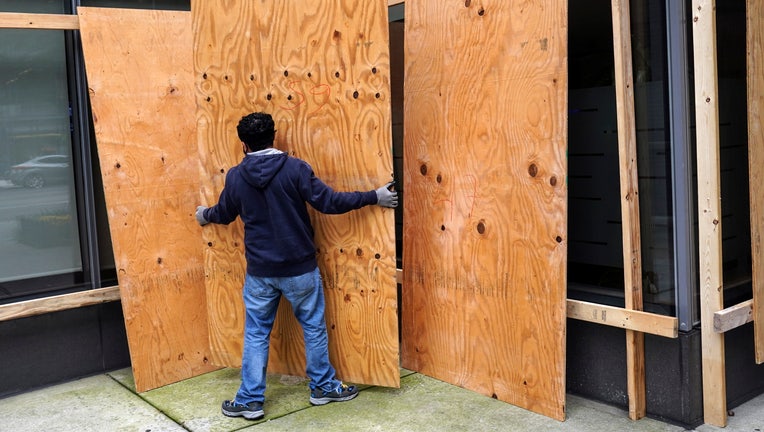 Ronald Nerio, with BFC Contracting Services, uses plywood to cover the glass windows that front a building on 17th Street in downtown Washington, D.C. on Monday, October 26, 2020. Small business owners and law enforcement in the D.C. region are prepa

Judging by the plywood, it’s shaping up to be an Election Day like no other.

In downtown Washington, the sounds of hammers and power tools echoed through the streets Monday as workers boarded up dozens of businesses. In New York City, businesses from Macy’s flagship store in Herald Square to high-end shops in Manhattan’s chic SoHo neighborhood had already covered their windows. Similar scenes played out in some other major cities across the U.S., with business owners fearing that Tuesday’s election could lead to the sort of unrest that broke out earlier this year.

Just a short walk from the White House, construction workers were carrying large sheets of plywood. For block after block, most stores had their windows and doors covered. Some kept just a front door open, hoping to attract a little business. 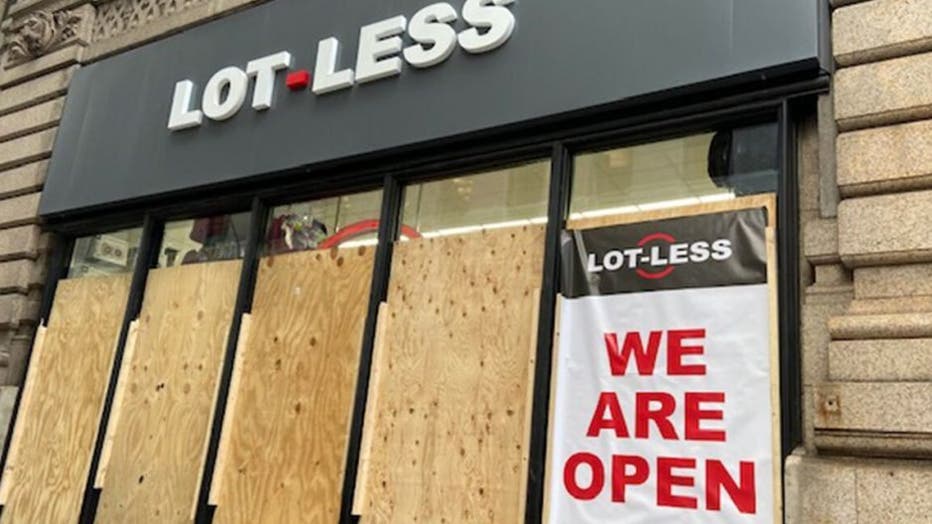 “We have to be ready,” said Ali Khan 66, who works at a now-barricaded downtown Washington liquor store where thousands of dollars in merchandise was stolen in June protests. “They smashed the windows and just walked out with everything.”

Washington authorities pledged to keep the peace, with police officials saying the entire department would be on the job on Election Day.

“Some people would like to cause mayhem and trouble,” Mayor Muriel Bowser said. “We are preparing to ensure the city’s safety.”

Activists are preparing for another long-term occupation of Black Lives Matter Plaza, one block from the White House.

In New York City, a police department memo to officers called the vote “one of the most highly contested presidential elections in the modern era” and noted that the winner “may not be decided for several weeks.”

Police there have been holding tabletop exercises to prepare for potential unrest and shifting hundreds of officers to patrol duties.

“We want to be very careful not to either over-police, because that that could send a signal, or under-police,” said John Miller, the department’s deputy commissioner for intelligence and counterterrorism.

New York City Mayor Bill de Blasio, speaking last week on a local radio show, said it was too early to predict what would happen, but that the city would be ready.

“We’re going to be prepared for a lot of protests, prolonged protests, potentially different protest groups confronting each other,” he said. “If anything turns violent, we’re going to move to stop that immediately.”