NORTH PORT, Fla. - A training room at North Port City Hall has been transformed into a call center where call takers have provided more than just information, but hope to others impacted by Hurricane Ian.

Each phone call that comes in brings a different question, and the call takers are working to do more than just answer the phone.

Wichers is usually the North Port Police Department's Accreditation Administrator, but when Hurricane Ian arrived, she took on a new roll as the city's call center supervisor. She said post-it notes are all over the walls, making sure anyone who calls knows the boil water notice is still in effect and making sure they're getting the city's alerts. 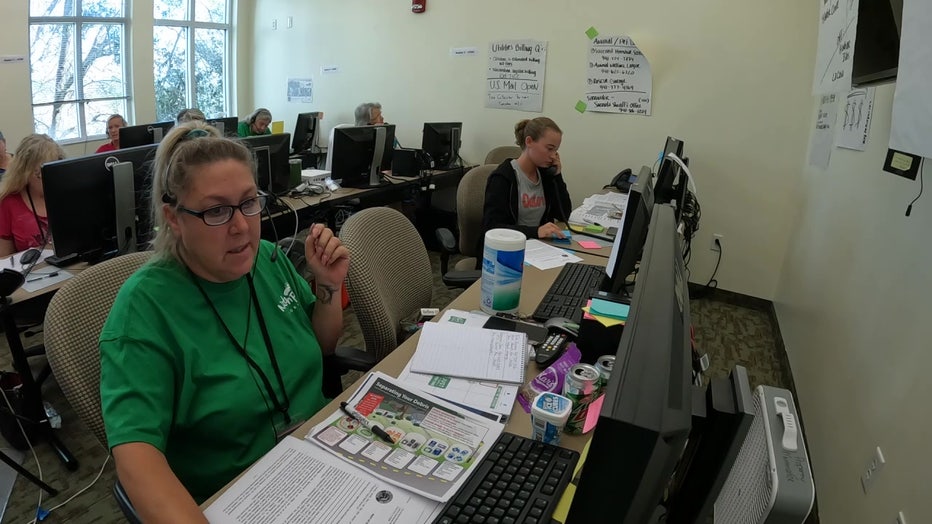 Since Sunday, more than 3,000 calls have been answered, and if you called, Melanie Stemmer with the utilities' office may have helped. She said their building is condemned and until they find a temporary location, she'll be taking calls.

"They want to know that someone is there, and we care about them," said Stemmer.

Cheryl Dwyer, who normally works on the city's accounts payable, has been at the call center, fielding calls since before Hurricane Ian hit.

"I was on the other side of this during Hurricane Charley, I felt the need that now was the time to give back," Dwyer said. 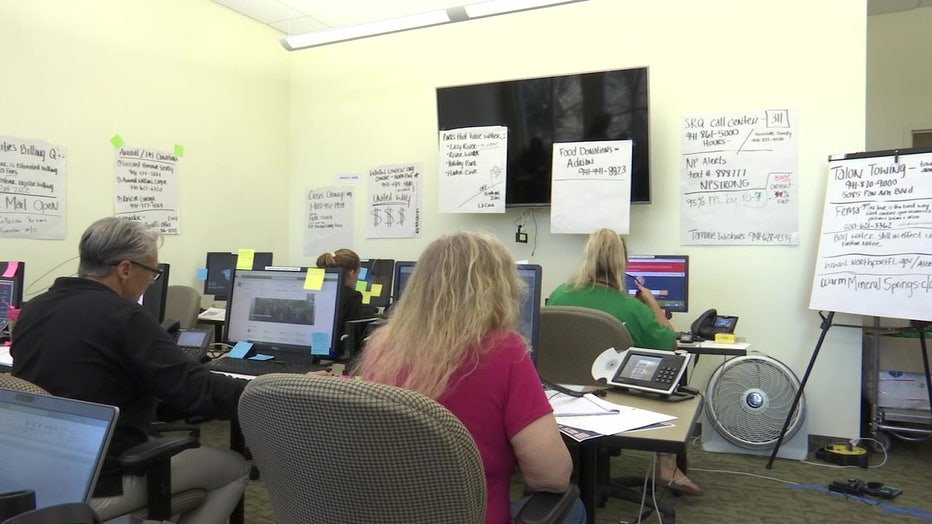 All around the city, damage can be seen, and at times, it leaves some feeling hopeless.

"We can offer that shoulder as well as giving them the telephone numbers and resources they need, but sometimes they just need someone to listen to them," said Dwyer.

But these women are working to make sure no one is lost.

"So much of us have been without power, without water for several days, and they’re still coming in," said Wichers. "Haven't showered on days, they’re still here. They still want to help their community get back on the mend."