The history of Tampa's iconic white cat on the roof

TAMPA, Fla. - Drive by the Adams & Jennings Funeral Home on Nebraska Avenue in Tampa and you'll see something that could have you take pause.

A white ceramic cat clinging to the side can't help but catch your eye. 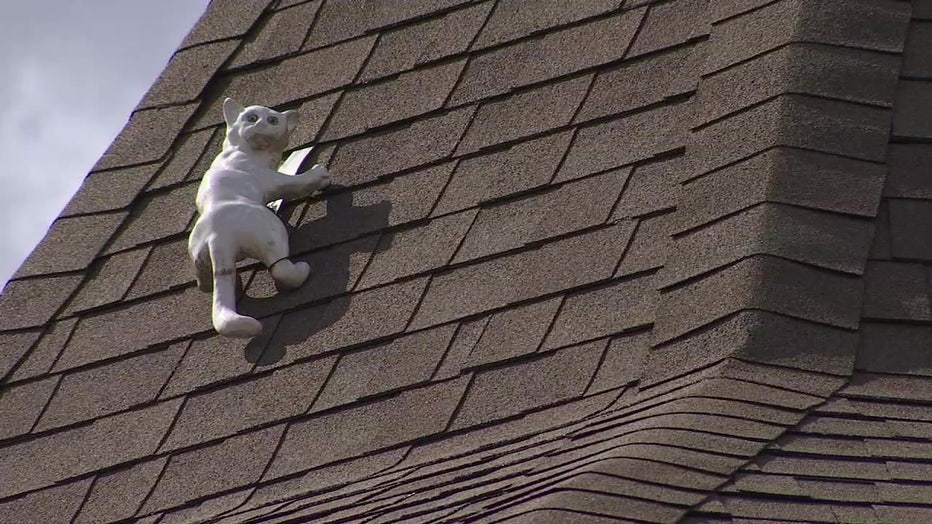 "There's been people that call us occasionally and think it's a live cat and they want us to know that it's there," said Earl Polk, who has been working for the funeral home on and off since 1971.

The first of this cat's nine lives started in the early 1950s, on what was a gift shop at the time. Polk said the owner placed the cat on the building for his wife.

Inside the haunted Cuban Club of Ybor City

The Cuban Club in Ybor City is one of Tampa’s most historic buildings. It was a gathering place for Cuban immigrants early in the 20th Century, but it holds another distinction as one of the nation’s most haunted locations.

RELATED: The Cuban Club is one of the oldest Ybor building – and one of the most haunted in the U.S.

When the funeral home took over the building in the 1960s, the cat stayed.

"The cat was on the old building from the time we bought it," said Polk. 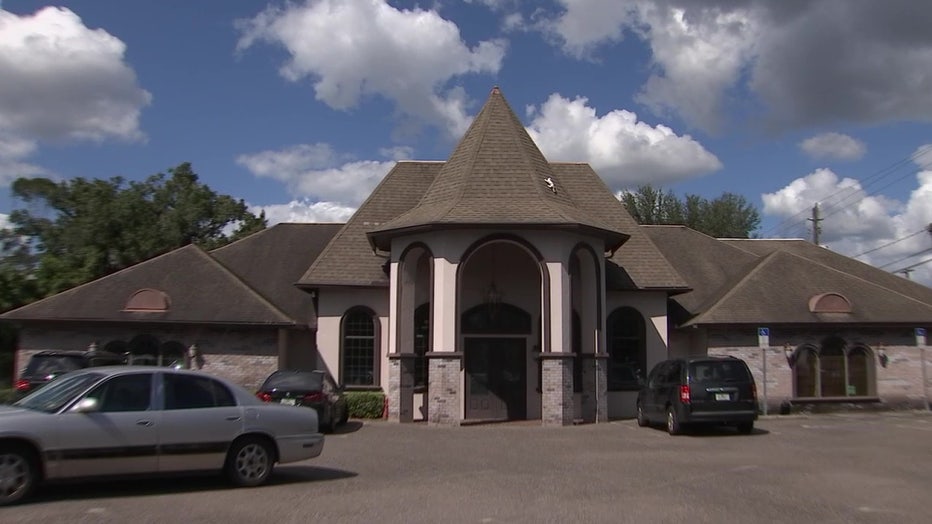 And when the new building went up in 2008, the cat came with it.

"When we moved to this building, the cat was taken down gently and professionally cleaned and replaced. When we replaced the cat, we were going to have a ceremony but people wanted it up there so bad we did it kind of overnight. I got the cat back up there quick," said Polk.

Curiosity has surrounded the funeral home cat, from news articles to social media.

The haunted history of the May Stringer House

A bit of haunted history is on display at a house in the Tampa Bay area. Volunteers at the May-Stringer House say the original residents from the 1850s never left.

MORE: Is this Florida's most haunted house?

"People on Facebook have responded to the pictures of it where they've asked, 'Where's this cat?' And everybody knew where it was at, what it was and who it belonged to," said Polk.

At times, the cat has also provided a welcome distraction from the somber business taking place inside.

"People come out to see the cat. In fact, we have people that come to the funeral home for a funeral and they'll take their children outside to look at the cat and make sure the children know the cat's there and that they grew up with the cat and now you're seeing the cat," said Polk.

The Adams & Jennings Funeral Home even put the cat on its business cards, making it the perfect resting place for this neighborhood icon.

"I think as long as it's a funeral home here I think the cat will be there," said Polk.

Haunted house contest brings out the scary in NJ

Trick-or-treaters in Pennsauken, New Jersey, beware! The residents have turned their streets into a haunted horrorfest – for a competition for the scariest Halloween decor.

RELATED: Philly suburb goes all out for haunted house contest