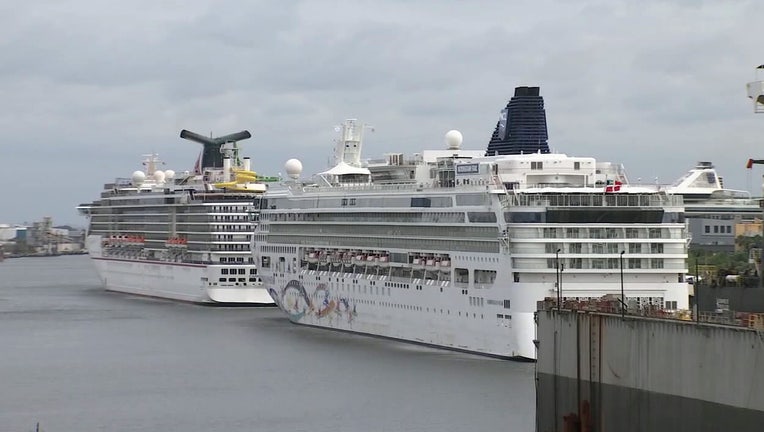 TALLAHASSEE, Fla. - In a flurry of legal activity, attorneys for the Centers for Disease Control and Prevention have asked a federal appeals court to put on hold a U.S. district judge’s ruling that backed Florida in a fight about the cruise ship industry.

The request Wednesday for the 11th U.S. Circuit Court of Appeals to issue a stay came after U.S. District Judge Steven Merryday refused to put on hold his June 18 ruling that the CDC had overstepped its legal authority in placing restrictions on the cruise industry during the COVID-19 pandemic.

Federal-government attorneys on Tuesday appealed Merryday’s June 18 ruling to the Atlanta-based appeals court. As part of that, they also asked that Merryday issue a stay of his ruling until the appeals court could resolve the underlying issues in the case --- but Merryday refused to do so on Wednesday.

Merryday on June 18 issued a preliminary injunction against restrictions that the CDC imposed on the cruise ship industry. In refusing to approve the requested stay, Merryday reiterated his view that the CDC exceeded its legal authority with the restrictions, which involve what is known as a "conditional sailing order."

"Although CDC invariably garnishes the argument with dire prospects of ‘transmission’ of COVID-19 aboard a cruise vessel, these dark allusions dismiss state and local health authorities, the industry’s self-regulation and the thorough and costly preparations and accommodations by all concerned to avoid ‘transmission’ and to confine and control the ‘transmission,’ if one occurs," the Tampa-based judge wrote Wednesday. "In other words, CDC can show no factor that outweighs the need to conclude an unwarranted and unprecedented exercise of governmental power. More to the point, this action is not about what health precautions against COVID-19 are necessary or helpful aboard a cruise ship; this action is about the use and misuse of governmental power."

But in asking the appeals court to issue the stay, U.S. Department of Justice attorneys representing the CDC wrote that Merryday’s preliminary injunction "rests on errors of law and is a clear abuse of the district court’s discretion." It also argued that the injunction will "exacerbate the spread of COVID-19."

"The district court had no basis to substitute its view (or Florida’s view) that the CDC’s protocols can safely be lifted for the contrary determination made by the expert public health agency in consultation with the cruise ship industry and squarely within its traditional authority," the request to the appeals court said. "These protocols appropriately balance public health concerns with the shared desire to resume passenger cruises --- as is amply demonstrated by the fact that the cruise lines (which have not appeared in this litigation) are well underway in implementing the conditional sailing order and already are, or soon will be, resuming passenger cruises."

Florida Attorney General Ashley Moody, backed by Gov. Ron DeSantis, filed the lawsuit in April, a year after the cruise industry was idled after high-profile COVID-19 outbreaks aboard ships early in the pandemic. The CDC in October issued the conditional sailing order, which included a phased approach to resuming cruising, with ship operators needing to meet a series of requirements.

In addition to arguing that the CDC overstepped its authority, DeSantis and Moody have focused heavily on the economic impacts of cruise ships not being able to sail from Florida.

Merryday’s 124-page ruling on June 18 backed the state’s position, and he said the preliminary injunction would take effect July 18. That prompted the federal-government attorneys to file the appeal Tuesday of the underlying issues and the flurry of activity Wednesday about placing a stay on the ruling.

It was not immediately clear Thursday when the appeals court could rule on the requested stay.